The Economics of Power Usage Effectiveness 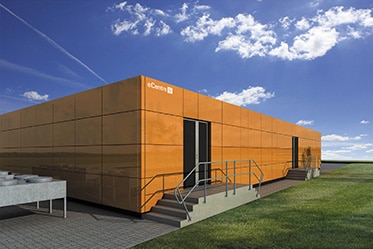 How data center vendors and operators can maximize their facilities’ performance

Power usage effectiveness, PUE, has been an important metric in the data centre world for some time now.  Companies running data centre facilities typically strive for the lowest PUE they can achieve in order to reduce their operating costs and promote their green environmental credentials.

In an earlier article, my colleague Srikanth Murugan demonstrated how to cut through the marketing hype of competing claims about PUE performance.  I would now like to take the subject a little further and focus on the economics of PUE and how data centre vendors and operators can maximise their facilities’ performance.

Stable power grids, low energy prices and year-round access to “free cooling” drove a number of large Internet companies to build data centres in the Nordics where conventional wisdom dictated they could most easily achieve extremely low PUE values.  Google in Finland and Facebook at The Node Pole in Sweden are two such examples.  However, increasingly relaxed data centre temperature and humidity ranges – as defined by ASHRAE – have now made low PUE deployments possible for a much wider range of geographical locations.

A key area of technical development here are evaporative indirect free air cooling systems, now available from an increasing number of cooling technology suppliers. Using an evaporative cooler, dry outside air of 32C can still be used to cool down air in the data centre to 22C, thus delivering meaningful savings from reduced electricity needed for powered cooling.

Even more exiting from an economic perspective is that, for some locations, this enables the use of outside air for cooling all year round, resulting in a lower maximum PUE and bringing significant capital expenditure (CAPEX) savings.

First, since free air cooling can be used 12 months of the year, the mechanical DX cooling (“air conditioning”) systems used to handle warm days can be down-sized.  In some cases it is possible to reduce the size of a DX back-up system from a facility’s full 100 per cent cooling requirement to simply providing a top-up corresponding to as little as 25 per cent of the total cooling needed. Additionally, a lower maximum PUE means that the maximum power consumed by the data centre is lower, allowing the electrical power system to be scaled down, thus further reducing data centre CAPEX.

Another, perhaps less debated aspect related to PUE is electricity cost. Grid prices vary significantly between countries, and can make or break the business case for investing in a data centre with a low PUE. Further, in many emerging markets grid availability and stability is limited, resulting in data centres being powered by diesel generators for significant periods of time. This can range from a few hours per day to facilities being powered 24/7 with diesel gensets. And in addition to fuel costs, generators are also liable to significant expenses for servicing and replacement parts. The table below shows how the yearly site power cost varies depending on electricity cost ($/kWh) and data centre PUE value for a data centre with 1 MW IT load.

We can see that a reduction in PUE from 1.5 to 1.2 in a stable grid environment (0.1 $/kWh) gives a meaningful yearly operating expenditure (OPEX) saving of over $260K. For a diesel-operated data centre (0.3 $/kWh), the same level of OPEX saving is obtained by a much smaller reduction in PUE – from 1.5 to 1.4 for example – illustrating that the economics of PUE are even more important in emerging economies.

This is actually where it makes the best economic sense to consider different ways to reach a lower PUE, including hot/cold isle containments, higher data centre temperature, and high-efficiency modular power equipment.  In areas with high electricity costs, free air cooling systems should also be considered even if they are effective only during parts of the year or at night when external temperatures are lower.

Trade-off between PUE and redundancy

Notably, higher data centre redundancy (via a higher Tier rating) can lead to a higher PUE because power losses in each piece of equipment increase due to lower utilisation. With fully redundant power distribution (an “A” and a “B” side), the maximum equipment utilisation at fully built-out capacity is still only 50 per cent.  That said, modern modular power technology can provide high efficiency even at low utilisation with some modern uninterruptible power supply (UPS) systems able to maintain high efficiency at utilisation as low as 25 per cent. So by starting off with fewer UPS modules slotted in, the system can be kept at high efficiency from day one and in this way modular power technology can contribute to improved economy through both lower day one CAPEX and lower operational cost.

Having built a large number of data centre facilities across Africa, Asia, Europe and Latin America – at Flexenclosure we have learnt that PUE-based investment business cases and their best technical approaches need to be adapted for each geographical location and data centre type.  A prefabricated data centre building with controlled airflows, such as eCentre, is always a good starting point.