The data is free, the information is valuable. But how do you store it? 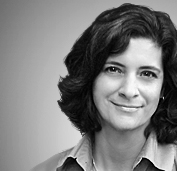 Years ago, I met a Girl Scout who saved her cookie sales sheet when the sales season ended. Then the next year, she’d call her best customers on the phone instead of knocking on their door and make buying suggestions based on their previous year’s purchase.  That’s how she sold 800 boxes in two short months. These days she’d probably email or text them and probably sell even more.
While small businesses are getting smarter about managing purchase history from current and potential customers, big businesses are moving from traditional business intelligence into the world of big data: adding social media and online behavior to their traditional data mining.
The downside is that there’s a lot more data to capture, analyze and manage long-term than just a few years of cookie sales sheets, and it can get very expensive, especially where video, images and audio are involved.   The all-too-common strategy is to store as much on primary storage as budgets allow, delete older data manually as the storage fills, and then rely on backups as de facto long-term archives.
But it’s a risky strategy. Consider the story of an internationally-known institute that was conducting follow-up research related to a study completed a decade earlier. The earlier study’s final reports were available, but the source data had been deleted not only from their SAN and file servers, but also from their backup tapes. I don’t know if the source data they lost was simply hard to recreate (like 3D seismic data) or impossible to recreate (like survey responses or satellite imagery) but it was an expensive enough mistake that they quickly invested in a true archive solution.
Policy-based archiving strategies allow data to be saved more economically by migrating data between tiers of storage based on the data’s performance and access requirements, from high-performance disk storage to long-term storage like object storage or digital tape.  Active archive strategies keep the data readily and directly accessible to users and applications through a single file system. Together, a policy-based active archive allows data to be stored and accessible indefinitely while minimizing both capital and operational expenses.
How active can an archive be? I once worked with an entertainment industry customer whose workflow demanded expensive high-performance shared SAN storage. Because the 40 terabytes of new content generated each month far exceeded their high-performance storage budget, they rolled out an archive solution that automatically migrated files after 10 days of inactivity. Yes, just 10 days. They were able to migrate this aggressively because their active archive allows users to still access the data directly, even when stored on long-term media.
An active archive gives businesses the same opportunity that media & entertainment, scientific research, military intelligence and other data-intensive industries have known for years. For these industries, their digital data is a gold mine for monetizing content, a gravy train for shortening research projects, and an arsenal of intelligence for a successful mission.
What can your valuable data do for you if you not only keep it long-term, but also keep it accessible?  Mine it for intelligence, reuse it for quicker releases or resell it for profit? If not now, what about 10 years from now? With a policy-based, active archive it can all be possible and within your budget.