The Current and Future State of Subsea Cable 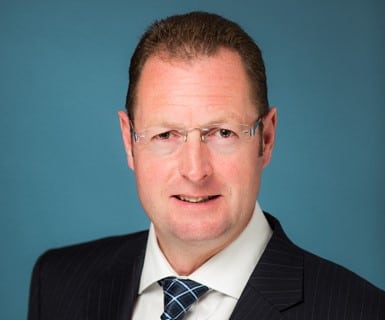 Recently, Aqua Comms Chief Technology Officer Tom McMahon appeared on a virtual roundtable concerning the current and future state of the subsea cable industry that was broadcast online at JSA TV. As CTO, McMahon is responsible for the development and project management of all new infrastructure as well as ongoing operational support for Aqua Comms’ subsea and terrestrial systems.

Moderated by Jaymie Scotto Cutaia, McMahon was joined by other notable submarine cable leaders, including Jukka-Pekka Joensuu, Executive Vice President of Cinia Group, Eric Gutshall, Founder and Global Head of Asset and Capacity Sales at the United Cable Company, and David Ross, principal and CEO of the David Ross Group, an industry consultancy.

The participants on JSA TV’s “State of Subsea Cables” roundtable represented not only transatlantic cable systems, but companies with both submarine and terrestrial networks around the world connecting Northern and Continental Europe, as well as North and South America, and serving European, American, South American and Asian customers.

David Ross described the current state of the subsea cable industry as healthy and sustainable. “I don’t see the market as either a boom or a bubble,” commented Ross, “but one that will keep all of us busy into the foreseeable future.”

Cinia’s Joensuu was in agreement with Ross’ characterization of the subsea market. “I think that what we have experienced so far is just the tip of the iceberg because this next phase is heading toward industrialization,” Joensuu remarked. “This brings a wonderful opportunity for many players to start new and global activities. Not just traditional telecom players but also OTT [companies], which are investing more and more.”

Joensuu also pointed to the rise in the amount of content produced worldwide and the Internet of Things (IoT) as pushing industry demand for more subsea cable builds and routes.

Aqua Comms CTO McMahon also views the current market optimistically, but offered a more nuanced perspective. “I think there are very significant capacity demands and forecasts, and very significant diversity demands of cable systems,” McMahon commented. “Obviously there is a huge market shift from carrier demands to tech company and OTT demands, but there are also significant challenges and downward pressure on pricing. The market demands more for less, and systems have to be very carefully designed, engineered and secured.”

United Cable’s Eric Gutshall spoke to the growth and diversity of the customer base for subsea cable systems. “What we’re seeing is 40 percent demand growth from Over-the-Top companies, and 20 percent growth in basic internet and web-centric providers,” Gutshall said. “I look at the market and it’s still 80 percent wholesale, but we also are seeing people buying in the high-frequency trader market.”

Gutshall also recognized the Aqua Comms AEConnect transatlantic cable as being a “totally diverse play” whose technology “at the 100G level terrestrially is brand new to the industry and earth shattering — no one else offers it.”

While recognizing the surge in demand from Over-the-Top companies, Gutshall also posed the question of where the next big demand will arise. “Is it, what I call the ‘Three A’s,’ Apple, Amazon and Ali Baba? Amazon has said in the press that they have the wherewithal to invest in submarine cables,” Gutshall stated. “So I think that you’re going to see a whole new subset of players that is healthy for our industry.”

Looking toward the future, Aqua Comms’ McMahon recognized that while the new MAREA subsea cable — the first to connect the United States to southern Europe, and partly financed by a technology company — represents a shift from the carrier-financed or consortium models of the past to part-ownership models by tech and OTT companies, the system will in fact be built and operated by Telefónica.

“Personally, my belief is that I don’t believe the OTTs have a desire to operate systems in the future,” stated McMahon. “I certainly think they have the capacity to build them, but I think they will rely upon experienced operators. It’s a vital part of any system and it’s a very demanding part.”

To view the “State of Subsea Cables” virtual roundtable in its entirety, click here.