The Application Performance Gap: What It Is, Why It’s Bad and How to Close It 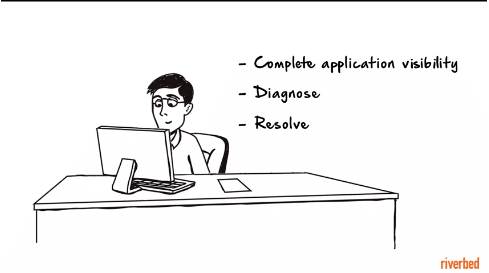 Although enterprises are growing increasingly comfortable with migrating on-premise applications to the cloud, new research finds that this is creating a significant gap between the performance needs of businesses and IT’s ability to deliver. The Riverbed Global Application Performance Survey 2015 finds that although 98 percent of executives agree that optimal enterprise application performance is critical to achieving optimal business performance, 89 percent say poor application performance regularly hurts their productivity. This performance gap not only frustrates users and creates a flood of IT help desk requests, but it also leads directly to lost revenue and customers, lower employee morale, and a negative brand image. In order to close this gap, IT must establish real-time end-to-end visibility across the entire network.

The primary culprit is the hybrid IT architecture that has become the dominant model for enterprises. Migrating apps to the cloud brings agility and cost benefits, but, with other apps still on-premises, it also brings complexity. With apps, data and users scattered across branch offices and other remote locations, the work of optimizing and delivering great app performance grows more difficult for IT organizations every year.

2016 will be no different as enterprises continue to embrace cloud computing. Ninety-six of the survey respondents use some cloud-based enterprise applications in their work today, and 84 percent expect their company’s use of these applications will increase over the next two years. These executives cited several benefits of cloud-based enterprise apps, including increased flexibility (58 percent), increased productivity (53 percent), cost savings (46 percent), increased agility (41 percent), and increased collaboration (40 percent).

But when those applications slow or crash, the resulting productivity loss creates a number of problems that impact the bottom line such as dissatisfied clients or customers, losing those partners and customers, contract delays, missing critical deadlines and a negative impact on the brand’s reputation.

The blame for these problems typically falls on IT. Most users cannot understand why IT is not able to quickly remediate performance issues, or even prevent them from occurring. Globally, 71 percent of survey respondents said they have frequently felt “in the dark” about why their enterprise applications are running slowly.

Executives can compound the problem by trying to work around it. Thirty-seven percent of respondents admit they have used unsupported apps when corporate apps run slowly or stop working altogether, thus adding to infrastructure complexity with more “shadow IT.” This has become a significant problem for both IT and the broader business because it undermines information security efforts, may lead to compliance violations, and can add redundant services that create inefficiencies with those already implemented and overseen by IT.

You can’t control what you can’t see, so closing the performance gap requires establishing a clear line of sight into how the apps are performing, and how the impact on the end-user experience. A majority of the executives surveyed agree that better visibility by IT staff into application performance would result in increased productivity (56 percent), improved customer service (54 percent), improved product quality (49 percent), improved employee engagement (46 percent) and increased revenue (43 percent).

Consider a network administrator with a multinational company who has implemented a centralized management console in order to monitor all apps, users and sites holistically across the entire global network. A real-time alert appears that indicates SharePoint has an issue, so he drills down to view all apps, and confirms all are nominal except SharePoint. He examines each site running SharePoint, and sees all are fine except for one remote office. The current path selection policy directs SharePoint traffic over MPLS, and the console shows the MPLS pipe is almost at capacity.  So he modifies the path selection policy for collaboration technologies like SharePoint to route over public Internet when MPLS is not available. The problem is quickly identified and solved.

Once this end-to-end visibility is established, monitoring whether applications perform well requires an understanding of three key requirements:

However, this architecture leaves the enterprise more vulnerable to application performance challenges that can negatively impact business operations. They key to meeting users’ high expectations for app performance in this complex environment is to provide IT with end-to-end application visibility, optimization and control.