Taking Control of Your VPN Performance 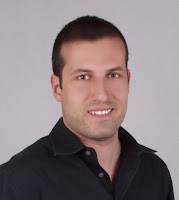 Managing the VPN performance is important for an organization because of the increasing demand of applications running within that VPN tunnel. When a branch office is connected to a private cloud data center or a headquarter office, that VPN tunnel performance dictates the effectiveness and efficiency of that office as the cloud based application span a large spectrum today, starting from VoIP to many SaaS (Software as a Service) roll outs for mission critical web apps. So when a VPN performance goes down, it decimates the whole effectiveness of that branch office.

Usually the major factor that impacts VPN performance is the IP connectivity between the branch and the headquarter office. This unavoidable risk factor on the VPN performance is maximized if the organization depends on a single ISP (Internet Service Provider). Any fluctuation of that single ISP link in terms of available throughput, latency metrics or a direct connectivity issue will create VPN performance issues.
One effective way to eliminate this high cost risk is to leverage several ISP links and intelligently combine them to increase the VPN performance both in terms of sheer speed as well as reliability. The idea is to use broadband bonding routers at the branch office and at the headquarter office that will create an overlay bonded tunnel between the offices.
This enables the VPN traffic to intelligently transfer over all the available links simultaneously and therefore improve VPN performance. This also creates session continuity which protects the VPN against any line failures even during a transmission.
In addition, broadband bonding routers located at the branch offices can also connect to either a private or public data center via a bonded IP tunnel that can consist of several DSL, cable, fiber, wireless, or satellite Ethernet-based connections from any ISP. All IP traffic can be transmitted through this bonded tunnel, including file transfers, network storage, and IP-based real-time applications such as VoIP.  This set-up delivers bi-directional high-speeds and offers enterprises a way to mix and match services from several broadband providers resulting in built-in redundancies where traffic is dynamically placed across remaining links if one fails or degrades.
The first step in taking control of your company’s VPN performance is taking control of your WAN connectivity.
Dr. Cahit Jay Akin, is the co-founder and chief executive officer of Mushroom Networks, a privately held company based in San Diego, CA, providing Broadband Bonding solutions to a range of Internet connection applications.