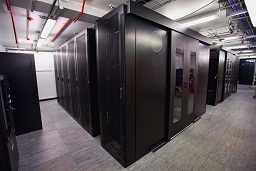 UK based data centre and IT infrastructure specialist, Sudlows, have just announced that they have been shortlisted for a ‘UK IT Industry Award’ in the Data Centre Project of the Year category with The Co-operative Group.
Sudlows have, once again, made it through to a strongly contested final, alongside other high profile companies such as; Arup, Colt and Six Degrees Group, for this much sought after industry award.
Sudlows whose work with The Co-operative Group has already received a number of awards within the data centre industry this year, most recently being “Enterprise Data Centre Project of the Year” at the Datacentre Solutions Awards. The Sudlows data centre team have once again impressed the judging panel with their innovative project to land this shortlist spot.

Sudlows Managing Director, John Collins said: “It’s always good to be shortlisted for any award, but the UK IT Industry Award is highly recognised outside of the data centre industry, namely for its association with BCS – The Charted Institute of IT. I would like to congratulate everyone at and, in particular, thank the great team at The Co-operative.”
“The Salford Data Centre is the latest innovative facility that we have successfully delivered for The Co-operative, and it’s a testament to their shared passion for efficiency and technical excellence that makes these projects so distinctive. It’s a great feeling to receive such recognition from within the data centre industry” added John.
The UK IT Industry Awards 2012 are the benchmark for outstanding performance throughout the UK computer industry. The awards focus on the contribution of individuals, projects, organisations and technologies that have excelled in the use, development and deployment of IT in the past 12 months.
The UK IT Industry Awards will take place on Wednesday 14 November at the Battersea Park Events Arena in London with the final judging taking place on Friday 28thSeptember.
For more details: http://www.ukitindustryawards.co.uk/
To find out more about Sudlows, please visit the website at http://www.sudlows.com