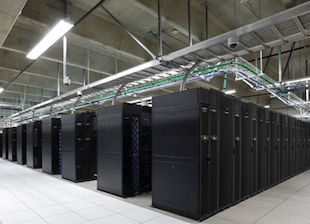 In addition to increasing availability by affording greater immunity from unplanned downtime caused by volatile power sources, shifting application workloads across data centers also makes it easier to schedule the planned downtime needed for routine maintenance and upgrades within each data center.  Together these improvements have the effect of maximizing application uptime with absolutely no adverse impact on service levels, performance or quality of service.

The joint demonstration showed how once configured with the service level and other application requirements, Software Defined Power continuously and automatically optimizes resource levels, both within and between data centers.  Integral to its design are advanced verification features which not only ensure fail-safe operation but continuously test disaster recovery procedures, making them much more effective.  Additionally, Software Defined Power enables multiple opportunities to realize extensive power cost savings, including power cost arbitration between Power Assure and RagingWire sites, avoidance of peak rates, the ability to participate in utility demand response programs, and avoidance of excess demand charges.  The Return on Investment can be measured both in terms of reliability improvements and in significantly reduced energy costs, which usually more than cover the deployment costs in the first year in addition to ongoing savings every year.

Via this partnership, Power Assure’s Software Defined Power technology opens up a world of opportunities not previously available to RagingWire customers, including substantial energy savings, while at the same time providing additional risk mitigation for their applications and services.  RagingWire is among the world’s most advanced data center colocation providers and was the natural choice to work with on Software Defined Power, not least because they immediately recognized the benefits it brings to their customers.