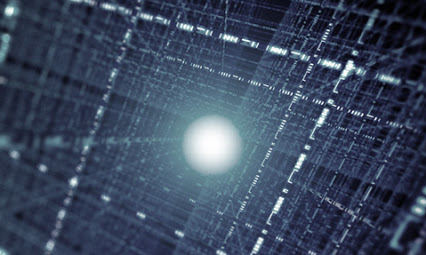 When purchasing technology, most companies find hardware and software cost easy to quantify. However that is only part of the cost associated with technology. Total cost of ownership (TCO), takes a more holistic view of all of the hard and soft cost to go into purchasing, maintaining, and supporting hardware in a software-defined data center over time.

Here are four ways to reduce TCO in the modern data center:

Storage is growing at a rapid rate, fueled by big data and enterprise apps. New hard disk drives require less power and their bigger sizes can allow greater density. “New 4TB hard drives available on the market use 24 percent fewer watts per gigabyte than lower capacities and support multiple power modes to reduce power consumption by up to 59 percent, depending on the mode and how fast the HDD needs to respond to requests,” according to Brendan Collins at datacenterknowledge.com.

“Blade servers, because of their shared chassis infrastructure for power supplies and cooling fans, achieve a 20–40 percent reduction in electrical power consumption when compared with conventional servers of equivalent computing power. These savings represents a significant TCO savings, because TCO is dominated by power related costs and not by IT space-related costs,” according to Ramnish Singh at Microsoft.com.

These servers utilize more cores and use less space – allowing them to be packed more densely. This means these high-density machines use 20 times more power and 20 times more heat than legacy servers.

“Through automation you can now monitor, adjust, heal, and optimize your infrastructure without human intervention. This will significantly reduce the operational tasks for your system administrators, freeing them up to work on higher-value projects”, said Graaff. This will also reduce the chance of human error and decrease the need for dedicated operations roles.

Traditional cloud resources can take time to set up. This can lead to potential hoarding of resources by users. Once users have a resource, they don’t have to wait for additional resources to become available. This type of hoarding can be a problem because users don’t want to give up a service and can force companies to pay for underutilized services.

New cloud resources provide instant delivery, which stops this perception. By monitoring which systems are being used and making this available to the users, you can help them understand the overall cost of maintaining cloud services. This can allow you to move users to services that are helpful and discontinue ones that are not being used.

Modern data centers have the advantage of being vendor neutral. By making sure your application can run on any hardware, it allows you to choose the best cloud vendors based upon quality of service and pricing. Cloud can be used to handle burst workloads so you don’t have to spend as much on hardware, which can be translated to total reduced power consumption.

You have a variety of ways of reducing the total cost of ownership when using a software-defined data center. Whether it is increasing storage or server density, or selecting vendor-neutral cloud services, there are many ways to save.