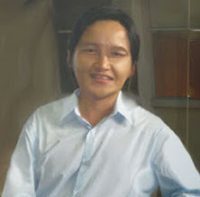 Business owners ask a lot of their IT infrastructure. As the economy continues to lag, many are looking to do more with less by getting what use they can out of their existing systems.
At the same time, most businesses recognize the need to be both flexible and current to remain competitive. Today’s server challenges include making the workforce more mobile and getting the most performance for the money. Here are a few recent enterprise server trends that are designed to address these issues head on:
Petabyte Is the New Standard
If one gigabyte can hold seven minutes of high definition video, one petabyte can hold the equivalent of more than 13 years of high definition photo. Petabyte servers are, to put it simply, huge. They are also the new standard in enterprise storage.
Today’s businesses are making it standard practice to generate, gather, and store as much data as possible about their customers, their competitors, and their products which is later used to analyze industry trends. Petabyte servers give businesses and corporations the capacity they need to store this large amount of data without the need to install and maintain extremely large numbers of servers.
Improved Thermal Performance
Increased server density and the need for higher performance levels from existing servers have led IT professionals and server manufacturers to search for improved heat dissipation methods. Most of today’s enterprise servers are built with smart sensors that automatically control server thermals for optimized cooling.
These auto-control sensors also have the effect of saving energy, and thus, lowering energy expenses for the businesses that implement them. Some businesses even have the potential to increase their data center capacity by more than three times without significantly increasing energy costs or sacrificing performance.
Convergence for Simpler Management
Many businesses are seeking for simpler server management by converging their IT infrastructure. IT professionals are unifying software, storage, networking, applications, and more in order to increase synergy among the individual components of their data centers. This allows businesses to accelerate growth while containing costs.
Virtualization at All Levels
Although desktop and server virtualization is not a new concept, more and more businesses are “going virtual” from the ground up so that their storage, servers, and networking resources can be implemented throughout the organization. Virtualization allows employees to be more mobile—they can use their smart devices on the go or their personal laptops at home without sacrificing access to resources and business applications.
Virtualization also allows for increased security of sensitive data since it is all stored in a central location. This technique also lets IT managers to have more control of when and how information is used, and who has access to what files and programs. It also simplifies the IT management, which allows employees to spend more time working on mission-critical tasks and less time on mundane updates.
Storage Is Increasingly Non-local
Of course, perhaps the biggest trend in enterprise servers is cloud storage. About 40 percent of businesses currently use cloud services as either a primary or secondary backup for data, according to a recent survey. This number is only expected to rise as more businesses become more comfortable with the idea of outsourcing their storage needs.
The trend toward cloud storage affects nearly every level of today’s IT departments. What businesses gain in convenience and mobility, they sometimes sacrifice for complete data control and security. Whether businesses will jump fully “into the cloud” and give up their private data centers altogether remains to be seen.
These are only a few of the enterprise trends. What would you say are the most important trends in enterprise servers today?
John Hodge is a writer for RackMountPro. When he’s not writing he loves computers and everything related to them, gaming and spending time with his family. Connect with John on Google +. In addition to selling Windows and servers for Linux RackMountPro has been producing and selling rackmount servers and storage since 2001.