Ray LaChance, Co-founder and CEO of ZenFi Networks Shares Insights to the Challenges and Opportunities of 5G Continued 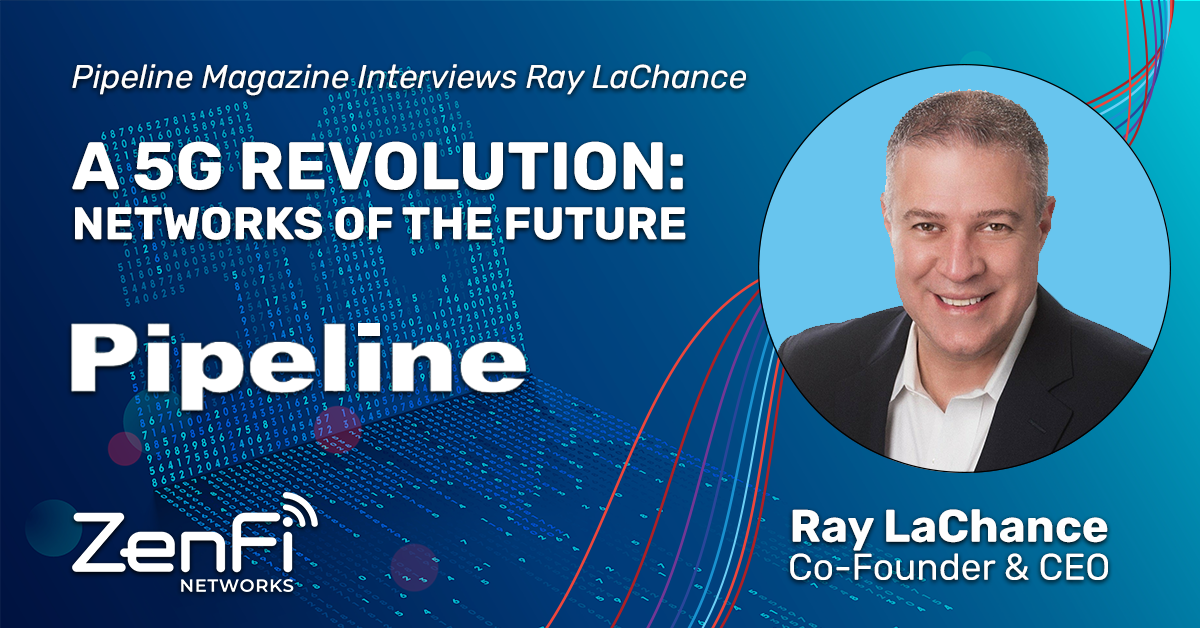 This blog will focus on solving for densification. If you missed the first blog in our series you can read it here.

Fronthaul fiber versus backhaul fiber is described by LaChance. This process has seen macro sites being divided up to create a highly dense fabric of small cells and antennas. Fronthaul fiber and network edge colocation facilities are two core components of the evolved communications infrastructure and are required to underpin these next generation wireless networks. Unlike traditional backhaul cables, fronthaul fiber cables are deployed in tree-like structures and must be highly accessible and include high fiber counts.

This complimentary fiber network, LaChance clarifies, must be built as an overlay to traditional fiber networks, which were architected to serve a sparse networking need, and are still well positioned for backhaul connectivity. The second core element of this evolved communications infrastructure, in support of ultra-dense deployments, is the aggregation of sites into network edge colocation and AEC facilities that are designed to facilitate ultra-low latency applications. Apart from their role of base station hoteling within a wireless network, they play a crucial role in the fiber network. The strategic positioning of these sites allows for offload of traffic and reuse of fiber to create a multiplying effect of the fibers, lowering overall cost of deployment, and minimizing future fiber over builds.

Placing wireless nodes at the required level of density creates a number of challenges. One of these challenges is the fact that municipalities and local state and federal governments have pushed back on behalf of residents out of fear of visual pollution, and in some cases, unfounded health risks. On the provider side, the large amounts of land grabs, siting applications and acquisitions are being aimed at a finite number of locations and is causing an increase in competition and price. Now, more than ever, the industry must ask itself where it goes from here.

LaChance believes the solution is shared infrastructure. To support and fund the digital future, he says we must create an ecosystem of shared assets and shared spectrum that can be leveraged by multiple carriers to create pervasive broadband coverage that benefits and provides access to all. There are many components to achieving such a lofty goal, which he addresses. The vision of a shared infrastructure model is guiding the new era of deployment, LaChance says, as it offers enhanced efficiencies and economies of scale that can help the entire industry overcome deployment hurdles and build the networks of tomorrow. With the amount of coverage and capacity needed, a shared network environment, and the mutually beneficial economics that come with it, are necessary for shouldering the capital and deployment burdens so that the digital world can get the ubiquitous opportunities it requires.

In the grand scheme of this network revolution, LaChance muses, we are still at the beginning. He summarizes by saying that we are only now beginning to uncover some of the challenges that stem from fundamentally shifting the way infrastructure is built and leveraged.