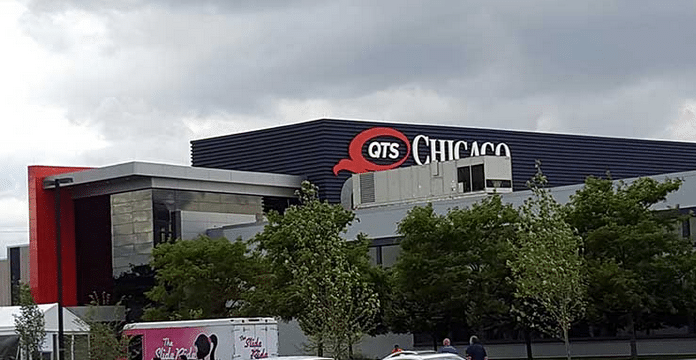 CHICAGO – QTS Realty has become the master of the Internet-scale retrofit, finding former industrial facilities with sturdy infrastructure and transforming them into massive data centers.

This month QTS brought that formula to Chicago, opening a new data center in a former printing facility for the Chicago Sun-Times newspaper.

The project symbolizes the larger digital shift in the American economy, with servers and storage hardware replacing the printing presses and rolls of newsprint that once occupied the Sun-Times building. Instead of sending trucks loaded with newspapers into the streets of Chicago, the new tenants at QTS Chicago will send packets of data across a global network.