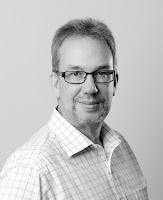 – Jerker Hellström, CEO of Handheld Group, says:
Higher productivity, increased labor costs and a strong trends towards true mobility in the work place are all factors that have put the spotlight firmly on ‘total costs of ownership’ for computers and devices. Organizations will have to start spending more on durable and reliable mobile computers rather than looking for bargains, if they want to avoid losing valuable productive time.
20 years ago, a laptop could cost the equivalent of a month’s salary for the employee who was supposed to use it. Since then, prices of mobile computers have been slashed. Great news, isn’t it?! Let us just continue to buy the cheapest computers available. They are so cheap to replace!
Not so fast. Yes, mobile computers have become much more inexpensive, and much more advanced, in the last decade or two. But there has also been other major changes in the workplace.
One such is the trend towards true mobility. Smaller and better devices, better software solutions for mobile work, and increasing availability and affordability of wireless broadband have made people less confined to the traditional office environment. Traditional field workers and many white collar workers now spend much of their time out of the office and on the go. But consumer, or commercial, computers are simply too fragile to withstand mobile work even in moderately tough environments. They might last one year, or two at the most . Rugged computers, on the other hand, are more expensive but they are built for tough environments and can last five years or more. They also have much lower failure rates, simply because they are rugged.
Another strong development has been the steady rise in wages and productivity for e.g. professional field workers. A tablet or a smartphone now costs the equivalent of maybe only a few hours’ salary for an employee. In the old days it was important to get the best possible price for mobile devices. Today it is more important to not lose productivity. A field worker who sits idly for four hours because his or her computer is malfunctioning, has wasted the entire cost of the computer in lost productivity. Also, everything is connected these days – one broken computer can affect the work of many people.
It all boils down to the magic of total cost of ownership (TCO). The total cost of ownership includes all direct and indirect costs associated with the purchase of an asset over its entire lifecycle. A TCO analysis includes the total cost of acquisition and the subsequent operating costs. Acquisition costs are quite straightforward: they include the costs for computer hardware and programs, Installation and integration, and migration expenses.
Ofter overlooked are the subsequent operating expenses during the lifespan of the computers. They are usually much higher than the purchase costs and include downtime, outage and failure expenses, backup and recovery process, and replacement costs. Downtime is the most serious, and costly, of these expenses.
Independent research firm VDC  estimates that mobile workers lose an average of 75 minutes each time their mobile devices fail. In a study focused on rugged computers, VDC has performed TCO computations across four levels of computers, from non-rugged to fully rugged, across a number of common mobile applications. The total cost for each type of computer has been calculated over a five-year lifespan. The results show that using a commercial or non-rugged device will cost you about 65 per cent more per year than using a fully rugged device. Generally speaking TCO studies show that over a 3-5 year period of use, the more rugged devices will carry a lower total cost of ownership, meaning that over that period they are actually cheaper than the less rugged devices, even though they are usually more expensive to purchase.
With the complexity of today’s technology configurations, the cost of deployment and downtime is high if something breaks down. The upfront cost of a piece of mobile technology pales in comparison to the potential cost of downtime and redeployment.  Organizations would be well advised to start increasing the costs for their mobile devices, in the name of productivity.