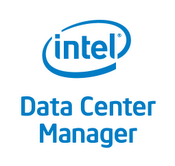 Power and thermal management in the data center are likely to be among the top five priorities in 2012 for data center managers. More detailed awareness and control of data center energy resources can ultimately help to contain energy costs, which are estimated to comprise approximately 70 percent of data center operational costs, according to the Forrester Research Report: “Updated Q3 2011: Power and Cooling Heat Up the Data Center.”

Without proper power and thermal management, overprovisioning of power/cooling resources in data centers is common, and has led to rising costs and underutilized space and equipment. According to a McKinsey study, $24.7 billion is wasted each year on energy and cooling for unused servers. It is estimated that in data centers, as much as 30 percent of the servers are “dead”—using less than 15 percent of their compute capacity, but consuming 70 percent of their rated energy capacity.

A nascent technology category, Data Center Infrastructure Management or DCIM, addresses the power/thermal usage information needs of facilities managers who are looking to operate their data centers more efficiently and cost effectively. Highlighting the growing demand in a December 2011 report, the industry analyst firm, The451Group, estimates that the DCIM market will grow by a factor of five between 2011 and 2015.

DCIM tools, when fed by real-time power and thermal consumption data, apply to many use cases in the data center, including:

With its many use cases, DCIM is clearly a priority for today’s data centers. There are challenges to achieving real-time power and thermal management, however. Until recently, much of the power and cooling data available was not real-time data, but modeled or estimated, using face plate or manufacturers’ estimations of peak power usage. This estimated data has been found to deviate from actual usage by as much as 40 percent. Weather forecasting is probably the only industry that allows this large of a gap of deviation from actual conditions and still be considered successful!

A second challenge has been the lack of standards governing power data and the resulting difficulty in aggregating data from multiple, proprietary systems. Traditionally, data center managers have collected the data and manually aggregated it using spreadsheets or home-grown aggregation systems. More recently, some DCIM vendors have begun offering energy/thermal management platforms and analytics that are cross-stack, and therefore simplify data collection and analytics.

At last count, there were as many as 80 vendors touting DCIM capabilities, potentially overwhelming IT and data center managers faced with the daunting task of sorting the facts from marketing hype. Therefore, a first step in purchase decision making is to clearly identify how many and which of the DCIM use cases have the greatest potential for increasing efficiency and adding value to your individual data center. This knowledge may then be used as a litmus test when evaluating the information available from DCIM vendors, partners, ISVs and others.

Single-vendor data centers will do best to implement the DCIM tools integrated by the preferred server manufacturer. Managers of data centers with equipment made by multiple vendors will want to look for vendor-agnostic solutions that aggregate power data across their multiple systems.

Data centers with large numbers of legacy systems (equipment built prior to 2007) will have different requirements than data centers with newer, EnergyStar® rated equipment. Data centers facing energy audits or other government regulated energy restrictions may use DCIM tools to better grasp their actual power consumption and plan more strategically. Data centers nearing capacity may deploy DCIM to help determine under-utilized servers and thus increase their existing capacity through more efficient usage. Data centers in areas subject to energy brownouts may use DCIM to provide continuous, albeit reduced power, to ensure enterprise-critical servers are still processing as less critical ones are shut down during the outage.

With so many market drivers, DCIM is poised to introduce important technological advancements in 2012 and beyond, and will rightfully rank among the top priorities in the data center.

ABOUT INTEL DCM: Intel® Data Center Manager (DCM) has led the way in developing core technologies that will allow large enterprises to monitor, manage and ultimately reduce their data center power/thermal energy consumption and associated high costs. As part of a data center energy/thermal management platform or in combination with analytics from an ecosystem of third-party Intel partner ISVs, Intel DCM is the only vendor-neutral software that enables data centers to access real-time (versus modeled or estimated) power consumption data at the server level and implement controls to better contain costs and increase energy efficiency.