IT Needs a Disruptive Technology Agenda 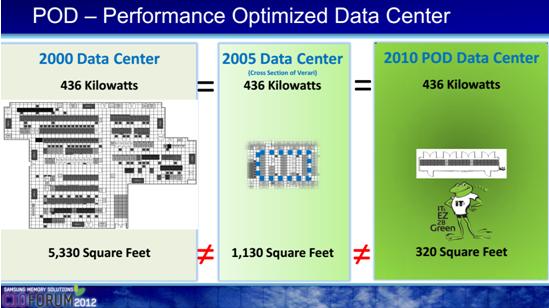 The rate of information technology change remains exponential and IT executives must keep pace if their companies are to remain competitive. As a whole IT executives have failed to do so, while most of those that are adopting the disruptive technologies are not doing a decent job explaining the productivity gains they have achieved year over year. Rapid technology change is not something that began with the computer. One can go back to the start of the industrial revolution to see how each generation of disruptive technologies has changed the world. IT executives cannot forget the historical trends and must provide the leadership for their organizations to create and execute a disruptive technology agenda for the next decade.

In the start of the 20th century Henry Ford transformed the automobile industry by introducing the assembly line and standardizing Model T car options – i.e., “you can have any color car as long as it’s black.” With his new production model he improved worker productivity by almost 90 percent in six years. Output in 10 years surged from under 50,000 cars to more than 1 million cars and an industry was truly born. His disruptive technology changed manufacturing forever.

More recently companies such as eBay, Facebook, Google, and Microsoft have impacted the way people work and the productivity gains have been enormous. Microsoft forged a whole industry of productivity tools that has empowered users to create their own documents, presentations, and spreadsheets as well as made email a business critical communication method. The company sparked a whole IT transformation in the 1990s. Today people take for granted these tools, which have reduced development and communications times by orders of magnitudes.

Similarly, Google was not the first in the search engine market place but is today’s biggest player and is driving disruptive technologies in search, mobile operating systems, and driverless cars. The use of the Google search engine is the market standard and has improved productivity for all knowledge workers. In a similar vein, eBay and Facebook changed the way people communicate and work.

Waves of Enterprise IT Change

In the data center we have seen similar disruptions. Processor performance as well as performance per watt has grown exponentially while price/performance has followed as similar but less steep slope. Storage gains are just as strong. It is projected that over the next decade what today requires 1250 racks will fit nicely in a single rack and the power usage will drop by 99 percent.

In the last decade the data center overall has seen density grow by an order of magnitude while the space requirement has condensed to less than 1/10th the square footage. In fact, when one examines the set of key data center metrics one finds the changes to be astounding.

Qualcomm presented its data center strategy and transformation from 2000 to 2012 at a CIO Forum last year. Over the period of 12 years the company grew the number of servers by 2700 percent and storage in terabytes by 26,000 percent but only increased the power utilization by 1500 percent and space by 800 percent. By keeping pace with technology they saved $80 million in hardware costs, $35 million in labor and $10 million in power. See below.

Thus, it is critical IT executives keep current with technology and not fall behind their business competitors. Conversely, as the below chart shows, companies that purchase equipment and allow it to age beyond 40 months are wasting money and underperforming. The older servers consume most of the energy but provide little of the performance capacity. RFG studies show that 1000 four-year old x86 servers can be replaced by less than 250 current generation x86 servers and that the cost of financing the new hardware can come from the energy savings alone. Or put another way, older server population could easily consume 60 percent of the power while only delivering four percent of the relative performance capacity.

And now we are on the verge of a new generation of technology advances in areas such as analytics, cloud computing, 3D printing, hyperscale computing, and flash storage. As these new technologies mature, they will have the similar impacts on business and data processing as previous generations of disruptive technology. The costs will drop by orders of magnitude, workloads can be compacted and distributed, and space and power requirements will dramatically decrease. The business model impacts of the 3D printing and SSD performance examples are similar to those of the other next-wave technologies whereby cost plunges by 90 percent  while performance could exceed 100 times current levels.

Thus, IT executives have a responsibility to do more than just “do more for less.” The technology landscape continues to change greatly and there is no sign of this slowing down. Systems will shrink by orders of magnitude of the next decade as will the power and waste consumed by the system workloads. That is not to say that overall power and system usage will not go up. They most likely will as IT responds to business needs.

RFG POV: If IT executives want to keep their enterprises competitive year-over-year, they must keep up with the disruptive changes in information technology. This must be true regardless of whether or not the organization is a bleeding- or leading-edge technology user or just waits for products to become mainstream. IT’s vision and strategy should include the waves of technology change; additionally, IT should get corporate and user executives to share the vision and integrate it with their own, and obtain buy-in for transforming the business through use of next-generation technologies.