Keeping Up with High-Speed Data: New Best Practices in PCAP 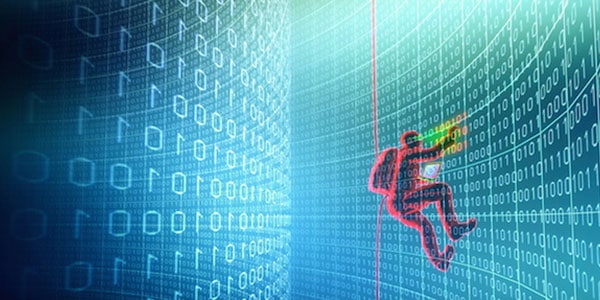 Network professionals today are operating in a far different atmosphere than when they first entered the field. The network is experiencing a constant barrage of data thanks to the Internet of Things (IoT), the rise of Big Data analytics and the surge in mobile device use. Data is increasing not only in volume but in pace, hitting the network at speeds up to 100Gbps.

Engineers and administrators need tools and capabilities to help them manage the data flowing into their networks, and few capabilities are as fundamental to this task as packet capture (PCAP). A mechanism for intercepting data packets that are traversing a computer network, PCAP is a common capability deployed within an organization to monitor security events and network performance, identify data leaks, troubleshoot issues and even perform forensic analysis to determine the impact of network breaches.

But hope is on the way, in the form of purpose-built solutions that can facilitate packet capture at speeds topping 100 Gbps. The use of network acceleration technology, coupled with open source network monitoring and capture solutions, can enable organizations to keep up with the demands of precision packet capture and replay on high-speed networks.

Network professionals need an accurate, real-time view of what is happening within a network infrastructure, and that is what effective PCAP and analysis systems can provide. Likewise, precision PCAP systems also provide organizations with the ability to re-create network events with high fidelity for verification and validation of architectural changes, troubleshooting and analysis.

A thorough examination of analysis and security solutions for high-speed networks will include the combining of open source tools with the speed and accuracy of programmable logic. Here are three key factors when comparing your options:

The conventional approach to packet capture has been to rely on software tools to perform packet capture and analysis on the network infrastructure. In this case, software is installed on a designated monitoring host and configured to poll packets from a commodity network adapter placed in promiscuous mode and connected to the network via a Switched Port Analyzer (SPAN) interface. A typical architecture for low-speed PCAP using a commodity network interface card (NIC) and libpcap is illustrated in figure 1 below:

As the figure illustrates, the network adapter generates an interrupt request each time it

receives an Ethernet frame and then copies the data from the memory buffer on the adapter into kernel space. Normally the kernel space driver would determine if the packet is intended for this host and either drop the packet or pass it up the protocol stack until it reaches the user-space application it is destined for. However, when configured for promiscuous mode, all packets are captured in a kernel buffer regardless of destination host. Once the kernel buffer is full, a context switch is performed to transfer the data to a user-space buffer managed by libpcap, a system-independent interface for user-level packet capture, so that the data can be accessed by user-level applications.

This buffer is needed to prevent applications from accessing kernel-managed memory. Given this architecture, it is clear that some amount of time will lapse between when a frame is received by the adapter and actually delivered to the user-space application for processing.

Now, if data rates are low, the buffering time lapse doesn’t affect the accuracy of PCAP,

but at higher rates this latency is compounded and CPUs become saturated trying to keep pace with incoming data leading to capture loss and timing issues.

In a conventional architecture, just capturing traffic at this rate is enough of a challenge without the added complexity of precise timing, categorization, flow identification and filtering. Performing lossless, high-fidelity packet capture, replay and real-time analysis of data flows at these rates requires a different approach to PCAP, one that moves the bulk of the data processing out of the user-space and into the hardware while also eliminating the inefficiency of user-to-kernel space interactions.

How can organizations reach the goals of PCAP on high-speed networks? With a hardware-accelerated approach. The targeted use of programmable logic coupled with open source tools allows data to be accurately captured and processed within a network acceleration card (NAC) before it is passed into user-space applications. Figure 2 illustrates what an accelerated PCAP architecture might look like.

In hardware at 1/10/40/100 Gbps speeds, high-performance NACs use Field Programmable Gate Arrays (FPGAs) to perform in-line event processing and line-rate packet analysis. Due to their programmable nature, FPGAs play an important role in, and are an ideal fit for, many different markets. These semiconductor devices are based around a matrix of configurable logic blocks (CLBs) connected via programmable interconnects. FPGAs can be reprogrammed to desired application or functionality requirements after manufacturing. Through the use of FPGA-based NACs, network administrators can immediately improve an organization’s ability to monitor and react to events that occur within its network infrastructure.

This architecture leverages line-rate packet analysis to push most of the frame processing into the hardware of the capture device, which can be deployed within a commodity server or workstation, preserving CPU cycles for higher-level analysis. This approach ensures that by the time data is passed to the user-space buffer for access by applications it has already been time stamped, categorized, and filtered appropriately.

Powerful yet cost-effective solutions can be built for a variety of purposes by coupling these devices with open source applications. In general, high-performance NACs enable easy in-house development of scalable, high-performance network applications over PCAP. Even complex payload analysis and network-wide correlation algorithms can be easily scaled by the effective flow-based load-balancing mechanism built-in to the NAC. The more complex analysis that the application performs, the more critical it is that the PCAP stream from the capture device has no packet drops and that the frames are in the correct order. Tasks like protocol reconstruction, reassembly, event detection and QoS calculations are severely impacted by insufficient PCAP performance.

Examine solutions that include support for Precision Time Protocol (PTP), or IEEE 1588. In doing so, precise time synchronization is maintained in a distributed deployment where multiple accelerated PCAP probes are deployed throughout a network infrastructure. This allows frames to be merged from multiple ports on multiple NACs into a single, time-ordered analysis stream.

If organizations can retain this level of time fidelity within the capture, they can perform retrospective analysis of network events by replaying data in exactly the same way that it was captured, complete with precise timing and inter-frame gap control.

Being able to perform a retrospective review of activity and provide a real-time view of what is happening within a network is critical to understanding and measuring performance, identifying bottlenecks, troubleshooting issues, and securing the environment. As such, packet capture and analysis continues to play a critical role in managing and securing large and small-scale networks.

The Future of PCAP

If network professionals are to enable PCAP at 10/40/100 Gbps speeds—and beyond—they will need to ability to process captured packets as soon as they enter the network. This will require hardware acceleration in order to maintain precise, lossless capture at these speeds. Engineers and administrators can create a new framework using open source software deployed on commodity servers and programmable logic that will help their organizations meet today’s and tomorrow’s high-speed data challenges.

Daniel Joseph Barry is VP Positioning and Chief Evangelist at Napatech and has over 20 years experience in the IT and Telecom industry. Prior to joining Napatech in 2009, Dan Joe was Marketing Director at TPACK, a leading supplier of transport chip solutions to the Telecom sector.  From 2001 to 2005, he was Director of Sales and Business Development at optical component vendor NKT Integration (now Ignis Photonyx) following various positions in product development, business development and product management at Ericsson. Dan Joe joined Ericsson in 1995 from a position in the R&D department of Jutland Telecom (now TDC). He has an MBA and a BSc degree in Electronic Engineering from Trinity College Dublin.