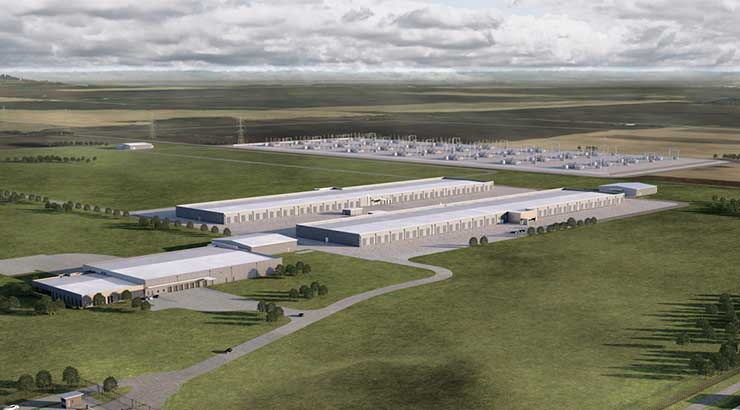 No one wants to wait for their music or video. That’s why the location of data centers is critical to delivering online services with low latency. As Internet titans seek to distribute large files to support videos, gaming and virtual reality, the center of the country is proving to be the ideal place to add data center capacity.

In the latest of these projects, Apple has announced plans to invest $1.3 billion in a new data center campus in Waukee, Iowa. The company is expected to start construction of two data centers early next year, bringing the first building online in 2020.

“Our new data center in Iowa will help serve millions of people across North America who use Siri, iMessage, Apple Music and other Apple services,” said Apple CEO Tim Cook. “We’re always looking at ways to deliver even better experiences for our customers.”

During the first phase of Internet growth, data centers were built primarily in technology hubs near major cities on the coasts, especially Northern Virginia, New York and Silicon Valley. These markets remain healthy, but site selection with the emergence of the hyperscale data center – massive buildings optimized to house tens of thousands of web servers and data storage devices. Data center development shifted to areas with an abundance of cheap land and power, including rural locations.

No state has benefited more from this trend than Iowa, which is home to huge cloud campuses for Google, Microsoft, Facebook and now Apple.

“Apple’s significant investment and commitment to grow in Iowa is a clear vote of confidence in our state,” said Iowa Gov. Kim Reynolds. “This announcement further solidifies Iowa as a hub where innovation and technology flourish and demonstrates this is a place where world-class companies can thrive.”