Hydrite Chemical Co. uses Talari to lower their WAN costs while insulating their offices from the effects of network outages 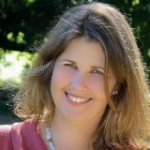 – Donna Johnson, Director of Product Marketing, Talari Networks, says:
Hydrite  Background
Hydrite ChemicalCo. is the fifth largest chemical company in the US, headquartered in Wisconsin,with offices throughout the upper Midwest. As with many organizations, whether for efficiency, compliance, cost control, security, or all of the above, a centralized resource model of services is utilized with the IT structure of the company. As branch offices became more dependent on network access to the centralized data center, Hydrite ChemicalCo. needed to provide improved network responsetime. Each office’s primary WAN line was a single MPLS T1 line. Each office also had a DSL line connected through  their Cisco routers for backupover which they could use a private VPN. When the MPLS link went down, the Cisco routers would switch to the DSL lines but it could take up to 30 seconds to make the switch.
Hydrite’s Challenge
What Talari Accomplished
Hydrite ChemicalCo. saw Talari as a solution to increase their bandwidth to the branch offices by allowing them to actively utilize their DSL lines, which had previouslybeen used only for backup. They first tested Talari at a number of theirlarger sites and then made the decision to installthe solution at all remote offices. Talari providedthe additional bandwidth that Hydrite ChemicalCo. needed, accomplishing their initial goal to increase bandwidth without paying high MPLS costs for new lines ― and the benefits did not stop there.
Benefits of Using Talari
As Hydrite ChemicalCo. began to use Talari, they were able to take advantage of capabilities provided by Talari’s Mercury WAN APN (Adaptive Private Networking) appliances including:
A Demonstrable ROI
Hydrite ChemicalCo. identified three clear areas where they achieved a positive ROI from deploying Talari:
“We have a more flexible, and more resilient, network architecture than we did before using Talari. We are very happy with Talari’s Mercury Appliances.  It has allowed us to make our network more robust and less costlythan our previous network design. Within three monthsof installing Talari, we saw a response from our MPLS provider that will result in actual cost savings, and we anticipate one year or lessto fully recoup the investment  we‘ve made,“ stated Bob Fourness, Hydrite Chemical Co.’s Computer Operations Manager.
Talari Adaptive Networking Solution and WAN Optimization in the Same Network
Hydrite ChemicalCo. initially installed Steelhead WAN Optimization appliances in all its sites. This achieved performance improvements, particularlyin the small offices, by reducing the amount  of traffic carried across the WAN. Plus Steelhead allowed them to remove local servers and go to a more centralized server architecture. This decision meant they could use a single line longerthan they would have otherwise at their smaller offices. But their larger sites still required more bandwidth.
When Hydrite Chemical Co. added Talari to the network, they continued to use Steelhead, since the two technologies complemented one another. While Steelhead reduced the amount  of traffic through  compression and local caching, Talari increasedthe bandwidth available to those applications by allowing them to take full advantage of their previously unused backup links and prioritize the applications to alleviate congestion during high traffic times. Talari’s ability to increase Hydrite’sWAN resilience also complemented the Steelhead equipment, as the centralized server architecture facilitated by the WAN optimization emphasized the importance of conducting business operations  without regard to carrier network outages.
The Network Outage that Wasn’t
In the midst of deploying Talari into the network, Hydrite Chemical Co.’s MPLS provider experienced an outage  that affected many of their sites. At the time of this outage, three of the offices – the three that accounted for roughly 80 percent of network traffic – were supported by Talari. Since the outage took some time to resolve, users from several sites were complaining. However, users from the sites already ‘protected’ by the Talari APN resiliency did not even know the outage occurred.