What Goes Up, Must Come Down: A Secure Data Center Solution for an Unstable Economy 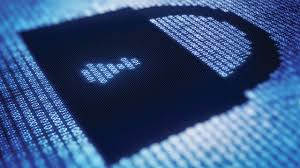 What do current oil prices and tensions between Russia and Ukraine possibly have to do with the need for scalable, secure data center colocation services?  The answer is: more than you may think.

Like most Americans, you’re probably rejoicing at the fact that oil prices are the lowest they have been in several years.  But some economists are concerned that plummeting oil prices could mean that the entire U.S. economy is actually on the verge of yet another collapse.

About six months ago, the price of crude oil was hovering at $109 per barrel.  Since then, the price has dropped about 55 percent, as it recently fell to below $50 for the first time since 2009.  Some experts even suggest that it could ultimately reach as low as $20 per barrel this year.

As a result of this dramatic decline in the price of oil, the U.S. economy is surging, and will most likely continue this upward trend over the next several months.  In fact, according to Oxford Economics, the economy could increase by as much as a full percentage if the price oil falls to as low as $40 per barrel.

This dramatic decline could be both a blessing and a curse, however, for U.S. businesses.  On the one hand, reduced gas prices could give American consumers as much as $120 billion to pump back into the economy, according to the aforementioned Oxford report.  As more money is circulated, corporations will profit and look to expand several core business areas, specifically their data centers.  In fact, an “explosion” of enterprise data is being predicted in 2015.

But what goes up must ultimately come down, claim some experts who are skeptical about the stability of the stock market amidst the rapid decline in the price of crude oil.  Consider the fact that the only other time in history that the price of oil fell by more than $40 occurred during the second half of 2008.  What happened shortly thereafter?  The economy collapsed, sending the U.S. into an economic recession.

While macro factors will always be out of our control, there are specific things that you can do to make sure you are securing your business for potential market fluctuations.

For one, exert caution with any risky IT investments during this unstable time.  Your business may be booming, but will it continue to do so if the economy begins to reel again?  Investing in legacy data center infrastructure is risky even during stable economic times as it is expensive and inflexible with regards to server capacity.

As such, in 2015 businesses are increasingly looking to invest in a scalable colocation option that allows them to increase or decrease server space as needed, for a fraction of the price.  Mod Mission Critical (MOD), a network service provider that combines facilities and non-facilities-based assets to deliver comprehensive, mission-critical network solutions, is one such company providing clean, conditioned and UPS-backed data center technologies for your business.  Its new Colo by the U solution allows businesses to buy and use colocation space as it is needed.  Servers range in size from one rack unit to as large as five or six rack units.  The solution is agile and flexible, as it allows for quick and easy scalability as business needs change.

While you may not be able to predict the future of the economy, you can at least rest assured knowing that your business’s data center needs will be met by leveraging MOD—the most flexible option in the competitive colocation market.