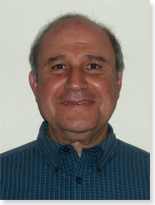 Q&A Interview with Nabil G. Damouny, senior director of strategic marketing, Netronome
Netronome recently presented with the Open Networking Foundation at AdvancedTCA Summit 2012. Why are flow processors a good fit for software defined networking?
There is a lot of industry buzz around software defined networking (SDN) and for a good reason as the growth of cloud computing and virtualization and the vast amounts of network traffic are driving the need for networking to become more intelligent and programmable. This new level of intelligence is anchored in the ability to process the traffic statefully across many packets and to dynamically keep pace with the changes in protocols and threats for millions of simultaneous flows. As a result, a new class of processor is required: a flow processor.
A lot of the SDN industry discussion is focused on software but what is the role and benefits of flow processors to enable SDN?
When flow processors and SDN link up, network performance is greatly increased. Flow processors enable SDN in OpenFlow-based public, private or hybrid clouds. This allows for the flow processor to scale designs to support millions of simultaneous flows without downgrading performance in 10, 40, and 100 Gigabit Ethernet designs.
Why are flow processors more important in SDN than general-purpose CPUs and Ethernet switch chips?
Flow processors differ greatly from cache-based GPCPUs and network processors. Flow processors are massively parallel, completely programmabledevices that scale to 200 Gbps of throughput. These devices contain fully programmable, workload-specific cores for Layer 2 through Layer 7 flow processing and Layer 2 and Layer 3 packet processing, delivering hundreds of billions of instructions per second that can be applied to incoming traffic. Flow processors also contain programmable hardware accelerators for computationally intense networking tasks including DPI, regular expression matching, optimized I/O packet transfer, traffic management, security processing, and bulk cryptography. They are used in numerous applications, but are particularly relevant in cyber security and analytics applications, SDN such as OpenFlow, stateful or application-aware load balancing, SSL Inspection, and Lawful Intercept (LI).
What is the specific benefit of SDN and flow processors in cloud computing?
In order to stay competitive, carriers must deliver ever-higher value, better-differentiated services to customers. Furthermore, IT departments are striving to offer on-demand services to the various business units within their own organization.
SDN can fulfill this new service delivery  by abstracting the underlying infrastructure from the applications and network services. SDN supports a set of APIs that make it possible to implement common network services, including security, bandwidth management, traffic engineering, and quality of service, over the underlying network infrastructure.
Flow processors are instrumental in adding network intelligence in the network infrastructure by not only providing forwarding intelligence, but also higher-layer intelligence including flow classification, load balancing and security acceleration.
What specific challenges in hybrid clouds do flow processors help address?
Driven by mobility and big data sets, enterprise IT has been embracing compute, storage and network virtualization to build their in-house data centers. These so-called private clouds need to be agile, providing services on-demand.
As businesses grow, a need arises to augment such private clouds  with external data centers known as provider-hosted clouds. This in turn necessitates a need for connectivity between enterprise data center (DC) and a provider DC, or connection between a private cloud and a public cloud.
The resulting hybrid cloud infrastructure will be able to support enterprise-to-cloud workload and/or database transfer (Hybrid IaaS), database transfer / sharing supporting business-continuity-as-a-service, and more.
Flow processors add the necessary intelligence for workload-specific processing. Network processing can help identify if traffic needs to stay within the private cloud, or extended to the public cloud in an on-demand, secure manner with the right level of quality-of-service (QoS). Hence, network flow processors enable businesses to build an effective hybrid cloud for best total cost of ownership (TCO).
What is Netronome’s relationship with the Open Networking Foundation (ONF) and support of OpenFlow?
Netronome is an active member of the ONF as the company shares a common vision in the opportunity to transform networking with SDN. Netronome is actively contributing to many working groups, including market education, and the newly-formed architecture and design framework working group.
What types of customers are considering flow processor-based SDN architectures?
Traditional wireline and wireless carriers, data center providers, and networking infrastructure vendors are all considering using networking equipment, including appliances, to implement SDN using flow processors. The primary reason is the flexibility of the network, offering on-demand services while optimizing the overall TCO.