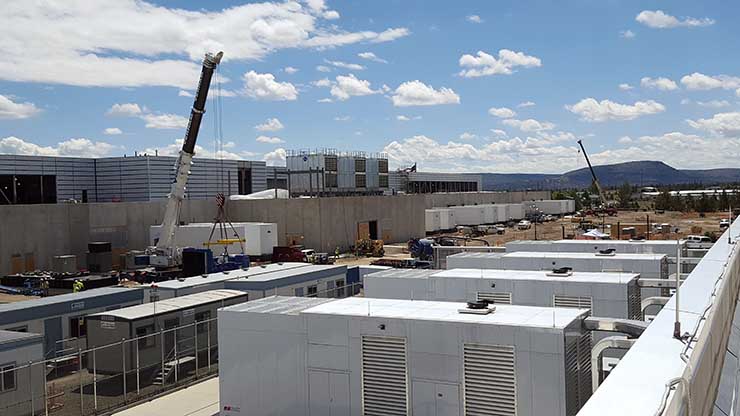 PRINEVILLE, Ore. – When Facebook unveiled its first company-built data center on the high plains of Central Oregon in 2011, it was a first step into the larger world of hyperscale cloud campuses. A little more than five years later, the company’s infrastructure has spread far and wide, housing millions of servers across the globe.

As it approaches 2 billion users, Facebook is hitting a new phase of growth. The company just announced its eighth data center location in Odense, Denmark, giving the company five campuses in the United States and three in Europe. Each campus can support at least three data center buildings, each more than 1,000 feet long.

That growth is clearly visible in Oregon, where Facebook is working to complete construction on the third and largest data center building at its Prineville campus. The first data center in Prineville was 330,000 square feet, while the second building was slightly larger. The newest structure spans 450,000 square feet, about  35 percent larger than the original building.