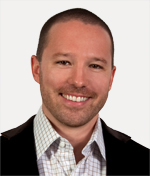 What does your company do?
Telcentris is a provider of VoIP and unified communications solutions for consumer, business and wholesale markets. For consumers, we offer VoxOx (a.k.a. “Skype on Steroids”), a free service that integrates voice, text, chat, fax, social networking and more. For businesses, we provide VoxOx In Business – a complete suite of VoIP business phone solutions that are more cost effective, efficient and easier to manage than traditional phone systems. Through a wholesale division, Telcentris also delivers turnkey VoIP solutions and carrier services. The foundation of the company’s offerings is its award-winning unified communications platform in the cloud that enables the company and its customers to build powerful, scalable applications and services. Founded in 2006, Telcentris is headquartered in San Diego.

Second, the new facility has added further geographic redundancy. This bicoastal redundancy enables the company to seamlessly reroute traffic in the case of a disruption to the infrastructure, which could result from a range of causes, including natural disasters (like superstorm Sandy), carrier issues, or any other type of incident that may impact the physical structure or its contents. Previously, the company used third-party services, such as Amazon’s AWS, to enable geographic redundancy, so this move provides Telcentris with the ability to leverage its own in-house redundancy solution.

A third goal of the New York-based facility has been to expand the company’s CLEC (competitive local exchange carrier) footprint. Being a CLEC enables us to provide services such as telephone numbers, local and long distance calling, and data access over our own network, allowing us to compete with incumbent local exchange carriers (ILECs) like AT&T, etc.

Telcentris has been a facilities-based CLEC in California since November 2009 and has long been developing its nationwide CLEC infrastructure with regulatory approval in several other states. With the New York data center now in place, Telcentris will soon be able to reap the CLEC benefits in that geographic location, which, in turn, empowers the company to pass related benefits along to customers.

Can you give an example of the CLEC benefits you’re referring?

One example of such a benefit is that soon our company will be able to provide users of its consumer service, VoxOx, with free phone numbers with their local New York area codes, as opposed to charging a small monthly rental fee for local phone numbers or assigning free numbers at random.

Also, because Telcentris’ proprietary unified communications engine bypasses some of the costs and complexities of leasing similar services from other CLECs or ILECs, it is possible for Telcentris to deliver more cost effective, innovative and higher quality services to its entire customer base.

How did the new facility hold up during the superstorm, Sandy?
We chose Equinix in New York and Los Angeles because of their reputation of being a best of breed facility and we were very lucky that our facility maintained such a high level of stability. Although utility power to the data center facility was interrupled for about 5 days, we experienced very little facility or connectivity impact. Our facility was only offline for a period of about 60 minutes during the entire duration of the storm and its aftermath. Most other facilities in the region were offline for a minimum of several days, as they were unable to receive diesel fuel to keep their generators running for more than the initial 24 to 36 hours of capacity that they keep on site in case of emergency. The storm had a major impact on the lives of a large number of people, we are very thankful that we were able to keep our communication services online even while in the heart of the storm.