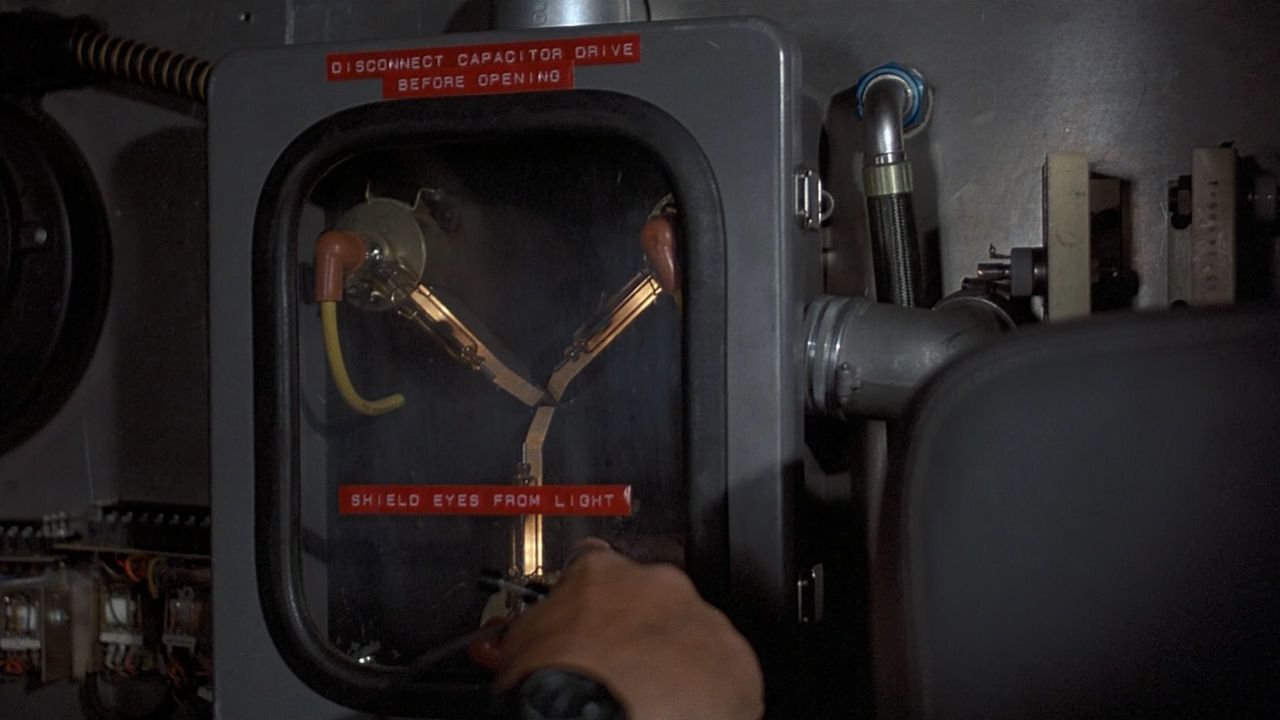 As network speed requirements continue to increase, the demand for new fiber and connector types is also growing. However, matching connectors to faster infrastructure brings new challenges. The occurrence of modal noise, which can appear completely random, is one particularly important challenge. Testing with Encircled Flux can, however, help track this down. Daniel Eigenmann, R&M, explains why this method is better than others, which factors you need to take into account, and shares his insights into the process.

Testing of OM1 and OM2 category fibers was originally carried out with light coupling by LED. With this method, called Over Filled Launch (OFL), all modes in the Multi-Mode fiber are activated. However, digit rates higher than 622 Mbit/s can’t be submitted, as the operational frequency of LEDs is limited. With speeds of 1 GBit/s or higher over OM3 and OM4, laser diodes are used as the coupling method. (Picture 1). VCSELs (Vertical Cavity Surface Emitting Lasers) offer far better focusing of light than LEDs, and only activate modes which lie close to the fiber core. This coupling method is called Underfilled Launch (UFL) or Restricted Mode Launch (RML).

Laser optimized Multi-Mode fibers – known as OM3 and OM4 – are created with optimized Gradient index profiles, which don’t have dips in the center axis, allowing them to fulfill the requirements of laser coupling.

This combination of VCSEL-coupling and laser optimized fiber design is a basic requirement for digit rates of 10 GBit/s and more with Multi-mode fibers.

We’ve now established why applications above 1GBit/s work with VCSEL – but we also need to take a new parameter into account. Modal noise is a distortion of the signal caused by the fiber and joints (connectors or splices) themselves interacting with the signal in a way which produces ‘random’ fluctuations in signal power at the receiver. In many cases, this will have serious effects on the BER of the communication channel and, therefore, on the achievable throughput. The problem is almost exclusively confined to the use of laser sources such as VCSELs or DFB lasers with a narrow line width and a long coherence length.

LEDs on the other hand, are highly incoherent light sources with broad spectra. The different effects can be observed in Figure 1. This clearly shows the light spots of the respective sources. While the LED produces homogeneous illumination, the laser spot does not. The resulting interference-induced energy pattern, which appears at a multimode fiber interface, is referred to as speckle pattern.

Modal noise appears as unwanted amplitude modulation of the received signal. It is different from most noise in the electronic world in that it does not come from external sources, but originates from the signal itself interacting with the optical channel.

The problem arises when two factors are present:

In order for modal noise to occur, these requirements have to be fulfilled, independent of the type of fiber employed.

Mode coupling – does not lead to noise

Multimode fiber, which today usually means OM3 and OM4, allows the propagation of several hundreds of modes. Modes are the solutions for the discrete paths light can travel in a fiber (Maxwell’s equations). These modes can be categorized into groups of degenerate modes (usually 18 to 20). Degenerate modes are sets of modes which have the same exponential variation of the field components along the direction of propagation in a fiber, but which also have different configurations in any transverse cross-section.

In a perfect system, power (=light) propagating in one mode cannot be transferred into another mode on the same fiber. However, in reality, optical channels have imperfections such as:

For example, when a connector is misaligned, some modes will leave the core entirely and travel within the cladding. Here, they will experience very high attenuation. Other modes might partially – or even entirely – transfer their power to other modes.

When the light from a VCSEL is coupled into a multimode fiber, it will, in most cases,  initially travel in four to ten modes (in this case, the remaining modes do not transport power). After traveling a very short distance along the fibre, the light in each mode will still have the same wavelength – but the modes will be out of phase with one another due to the differences in modal group velocities. This, by itself, is not the problem. When the signal is received, each mode will impinge on a different spot on the receiver diode and phase differences will not matter – only the total number of photons. However, mode coupling effects cause light from multiple modes to merge into the same mode. When this happens, the phase difference will cause interference in the new mode.

This interference process is rather complex. If two coupled modes, which happen to have roughly the same amplitude, are 180 degrees out of phase, the signals will destructively interfere with each other in the new mode. In this case, no power can travel in this mode. For other phase mismatches, the signal loss will be a lot less than the total, but in most cases the energy will be significantly reduced. Of course when the signals are exactly in-phase, all power will be coupled into the new mode.

However, when interference of this kind occurs, power is actually never lost – it is just coupled elsewhere. Therefore, it is crucial to understand that the mode coupling process or the resulting speckle pattern is not noise of itself, nor is it a direct source of noise. It is the normal way in which laser light travels on a multimode fiber. Noise only arises when mode selective loss is introduced into the system.

Misaligned connectors and similar providers of interference do not only cause the coupling of modes but can also lead to a complete loss of modes from the fiber. Some modes will be completely lost and others might couple their power to other modes, but the total power will remain in the fiber and other modes may be minimally affected. When the signal as described above, which changes randomly and abruptly from mode to mode, meets a bad connector, as shown in Figure 2, loss of signal power occurs – in a randomly and abruptly varying fashion.

For example, if one particular mode is lost at a connector, no signal is lost when no power is being carried in that mode – yet a great deal of power is lost when there is a lot of power in the mode. Since signal power is shifting in and out of that mode quickly and randomly, there is a loss of total signal power which occurs at random. This appears as noise in the received signal.

In multimode systems, modal noise is an issue that is mainly relevant for VCSEL-driven applications, independent of whether they are run over OM1, OM2, OM3 or OM4 fiber. In order to reduce modal noise, it is important to minimize the misalignment of mated fibers by using high quality connectors. The actual lengths of these individual fibers is of secondary importance.

Although splicing nowadays is highly precise, with offset of just a few 1/10µm and enables IL of typically less than 0.05dB, we need to have a look at connector loss.

Which testing options are there – and how do they compare?

Testing with OTDR is a very good way of checking the link in an uni-directional or bi-directional (recommended!) way. Link length and stress are very easy to read from the resulting curve. However, we need to consider the fact that OTDR is, in essence, the extreme version of UFL.

With the laser coupling of the OTDR, only the modes at the very center are activated, and therefor lateral offset from connector to connector is hardly measured.

As lower order modes experience less loss than higher order modes, the outcomes of this type of the testing can be considered ‘overly optimistic’.

At the other end of the spectrum, we find testing with OFL source. Lateral offset results in IL values which are simply too high and wrong compared to the application running with VCSEL. Cladding modes couple in the core or the other way around.

Due to the low bending radius in the mandrel, cladding modes are coupled outside of the fiber and only core modes remain. Even this test method is approaching reality we still have to consider this factor when testing in real conditions.

Under ideal conditions, the OFL of fiber core should not result in different IL values. However, when a link is installed in reality, with coils and several connectors, the test procedure might produce incorrect values, in both directions – better or worse than VCSEL.

Encircled Flux, in accordance with IEC 62614-1-4-8, is the measurement method that gets the closest to a ‘real world’ VCSEL application, by generating fiber mode distribution conditions that include upper and lower bounds on cumulative mode filling as a function of fiber core radius. The goal: arriving at more reproducible (and realistic) loss readings.

When testing on site, it is vital to choose the method that is as close to application conditions as possible. Taking all the conditions inside and outside of the fiber into account, it is required to test all OM3 and OM4 fibers – and with them VCSEL based applications – using the Encircled Flux method. Only in this way can you really know whether the link is good or bad. This method definitely beats ‘overspecifying’ and ‘overtesting’ in order to avoid real-world malfunctions!