DE-CIX Dallas as a Destination 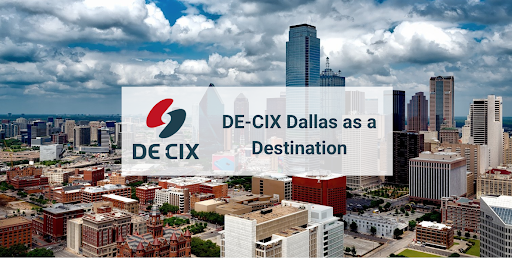 DE-CIX Dallas, one of the many locations for DE-CIX, is the largest carrier and data center neutral Internet Exchange and the fastest growing IX in the Southwest region. This location is ranked among the top 15 largest IXs in the United States. DE-CIX adding Gigabit Communications, LLC. to its Transport Partner Program, is just another way that DE-CIX continues to provide access to connectivity.

By adding Gigabit to its Transport Partner Program, it will establish a Layer 2 Network Interface connection allowing Gigabit’s network to deliver seamless connectivity to the largest carrier and data center neutral IX operating in Texas. “As a new Transport Partner, we are excited about Gigabit’s strong network connectivity, which allows us to serve more regional customers across our market leading IX platform.” said Ed d’Agostino, VP and General Manager of DE-CIX North America. Adding, “The DE-CIX Transport Partner Program is our way to serve a much greater region by reducing the costs of connectivity, and thereby enabling many more networks outside of our metro areas to access our exchanges cost effectively.”