Data Centers and the Internet of Things to Come 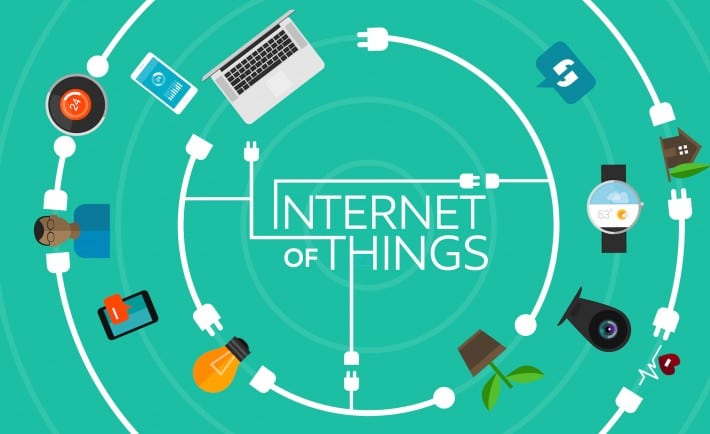 WITH A NEST Learning Thermostat, at any moment, no matter where you are in the world, you can pull out your iPhone and adjust the temperature in your house or compare your energy use to others. With a Fitbit or Nike wristband, you can keep track of your activity and diet (the “quantified self”) all the time, and watch your progress over time or share and compare your data with others.

But this, the experts say, is only the tip of the iceberg. If this year’s Consumer Electronics Show and Mobile World Congress are any indication, the Internet of Things and wearable computing are about to go mainstream in a big way.

These new technologies won’t just make our daily lives more convenient and homes more automated, they will change the way we work, as well. Gartner, for one, estimates that the Internet of Things (IoT) and wearable computing will unlock more than $1.9 trillion in economic value over the next six years (Forecast: The Internet of Things, Worldwide, 2013).

So what does this all mean for the data center landscape? All That Data Will Need Somewhere to Go

According to a Cisco Internet of Things infographic, there will be upwards of 50 billion connected devices worldwide by 2020. To be sure, all of these connected devices will generate insane amounts of data, and all of this data will in one way or another end up in or passing through data centers.

IoT data won’t purely be the concern of companies that provide IoT products and services (like Google’s Nest) or their ecosystem of partners and suppliers—it will affect every organization that adopts IoT / machine-to-machine or wearable technologies to improve operations.

In a report published this month (Worldwide Internet of Things Spending by Vertical Market 2014–2017 Forecast), IDC expects Internet of Things technology and services revenue worldwide to grow from $4.8 trillion in 2012 to $7.3 trillion by 2017. The report notes that the greatest opportunity will initially be in the consumer, discrete manufacturing and government vertical industries. But many verticals will see growing adoption of IoT.

Organizations will thus need to think carefully about how they will manage and where they will put all of this valuable data.

The Internet of Things Will Need to Be Secure and Available

Data security will be a primary concern as connected devices proliferate. Certain types of data or devices will be relatively innocuous, such as the egg carton that tells you when you’re out of eggs. After all, how much damage could scammers really do if they accessed that data or hacked the egg carton? But the damage done if hackers accessed other types of IoT devices or data could be quite significant.

I suspect that many enterprises will be more comfortable keeping their own IoT data safely tucked away within the four walls of their own data center or private cloud, but in other cases, putting it on the public cloud will be perfectly suitable.

As more of the physical world is connected, any down time will also create more frustration, or worse. Think about how frustrated we all get when email or even Twitter is down briefly. But when an M2M system in a manufacturing plant goes down temporarily, the productivity loss could be more acute, not to mention worker angst.

The Value of IoT is Largely in the Data

A significant amount of the value of connected devices will come from analyzing all the data these devices produce. This will drive the need for powerful computers and Big Data analytics to crunch the data the devices spew out. These systems will require space, power, cooling and connectivity to get the job done.

IoT data will be highly dynamic, too. The continuous flow of data will often be shared with an ecosystem of partners or packaged with content to deliver different types of services. Or it will be combined with other data to create new insights. As such, the need for direct and secure access to partners and suppliers will drive the need for a range of connectivity options.

For certain applications, latency will also be a concern. Lag time, for example, could create a disorienting effect for users of wearable devices such as Google Glass. In those situations where latency is a factor, organizations will need to put their data and computing infrastructure in close proximity to users and the devices, and be able to connect directly to their trading partners and digital supply chain.

IoT initiatives will leverage a combination of public cloud, private cloud and enterprise data centers. Regardless of the mix, it is conceivable that the trend will contribute to a squeeze on the supply of data center and cloud resources, particularly in areas near large population centers, major metro areas or even industrial / manufacturing hubs, where data center space is already at a premium.

The Data Center is Where All the Magic Happens

While it is still too early to tell exactly how the Internet of Things will unfold over the next few years, one thing is clear: data centers will play a critical role. Any IoT initiative will require a tailored data center strategy that balances current needs with future growth and potential applications. CIOs will, therefore, need to think carefully about their data center strategy to ensure it provides the flexibility, scalability, security, availability and connectivity that the emerging Internet of Things trend will demand.