– David Ruede, VP Marketing at Temperature@lert, says:
Techies love acronyms, and IT professionals are masters of the jargon. Where else would we find such gems as CRAC, PUE, SaaS, DCIM, VoIP and VPN among the scores if not hundreds of options for the next big idea?
Why do we need these when The Free Dictionary lists 259 phrases alone for the acronym DC? (Link 1)  First, we love to speak in shorthand.  Time is always too short; things need to be done quickly.  Speaking in Acronym makes us an insider, the elite few who can feel the bits and petabytes flowing through the veins and arteries of the interconnected web of the virtual world.  And short of a Vulcan Mind Meld, acronyms save time, although one could argue that when used in meetings there may be a few who don’t really understand the meaning and because they don’t want to appear “stupid”, don’t ask.
Many of these terms started off as marketing terms.  Why would we need CRAC when AC may be sufficient?  And why is PUE debated daily as to its true meaning in professional social media sites?  Every data center operator, supplier and professional looks to set themselves or their companies apart from the competition.  I’ll argue this is a good thing because it makes web searches easier – I don’t have to sort through hundreds of household air conditioners sold in retail outlets to find what I need for a data center, server or telecom room.
Recently a new acronym has been making its way into the jargon.  HTA, High Temperature Ambient, has cropped up in several professional periodicals and online marketing pieces.  The phrase is used to describe the benefits of reduced energy consumption in data centers and other IT facilities that operate at what many consider higher than “normal” temperatures, say 30°C (86°F) for example.  Described in earlier pieces as high ambient temperature or high temperature in the ambient, the idea of running data centers at higher temperatures has gained prominence as a way to save electrical energy, a very costly piece of the data center’s operating budget.  Often used with terms like “free cooling” or “air side economizers”, the idea is that today’s servers have been specified to run at higher temperatures than those just a few years ago, so operating equipment at higher temperatures has no detrimental effect.
In April 2012, Intel published a study of the potential energy savings in green data center maker Gitong’s modular data centers.  The Shanghai study showed an annual cost reduction of almost $33,000 per year, which is significant.

Figures 1a, 1b: Tables showing before and after HTA results – Source: Intel Link 2
While saving energy is a very desirable goal, data center, server and telecom room operators are well served to understand the underlying assumptions behind “turning up the heat and opening up the doors and windows”.  First, all of the equipment in an IT space comes with manuals, and the manuals specify operating conditions. Insuring all of the equipment in the ambient is able to run at elevated temperatures is highly recommended, particularly since older devices or appliances may be more prone to heat related performance degradation.  AHRAE’s TC 9.9 2011 Thermal Guidelines for temperature and humidity control are a good reference as to where to start when designing or setting up an HVAC system. (Link 3)
Second, while the HVAC systems in IT spaces are generally well designed and provide adequate airflow to the equipment, time has a way of changing things.  Profiling the temperature of the data center to see if any changes in operation or addition of equipment have created “hot spots” with sufficient resolution to insure each rack or piece of equipment is operating within specification can be done with existing equipment by moving temperature sensors to areas not normally monitored during the temperature mapping process.
Third, changes in temperature can cause changes in relative humidity.  Continuous monitoring of not only temperature but relative humidity before and after raising the temperature is recommended to insure both of these critical parameters are within manufacturer’s specification.
And if IT professionals decide to employ “free cooling” by figuratively “opening up the doors and windows”, they would be well advised to check ASHRAE’s TC 9.9 Gaseous and Particulate Contamination Guidelines for Data Centers and again their supplier manuals for specification compliance. (Link 4) 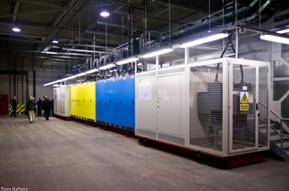 Figure 2: Ambient Air Cooling Unit (Link 5)
Much has been written about free cooling; a June 2012 article is a good example. (ref. Link 5)  Cooling may indeed be “free” and many can and do use free cooling combined with HTA to make significant reductions in their energy bills.  As in all good ideas, “first, do no harm” is a good motto.  IT professionals may be well served to verify and validate the assumptions against best practices as they apply to their sites before any significant changes in operation are made.
For information about temperature, humidity, or water leak sensors and other environmental monitoring products, visit Temperature@lert’s website at http://www.temperaturealert.com/Temperature-Alarm.aspx