A Closer Look at IaaS, PaaS and SaaS 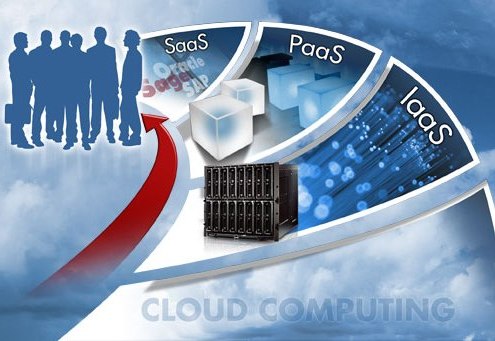 The cloud industry is becoming saturated with buzzwords. With so many terms ending with the phrase “As a Service,” it can become difficult to remember what means what. Here is a short guide to help you with the ‘big three’: IaaS, PaaS and SaaS.

IaaS: Infrastructure as a Service

Infrastructure as a Service is probably the most commonly misunderstood cloud term. IaaS refers to the hardware and software found in cloud datacenters. Many network administrators will get the term confused with Platform as a Service. Think of it this way, if you were to build out your own datacenter, you would need to make a significant investment infrastructure such as physical disk space, server hardware, network apparatus and operating systems.

For many small to medium enterprises, this isn’t feasible. For larger organizations that have more robust budgets, building out IaaS onsite and using it as a private solution can be an attractive option. Using IaaS to build out a private cloud datacenter is how many large corporations are getting started in cloud computing. Once these datacenters are constructed and IT teams begin to get more comfortable using private cloud services, many of these IaaS offerings can be bridged into the public cloud creating a hybrid cloud.

IaaS capitalizes on datacenter virtualization. Think of virtualized servers as being the glue that holds cloud services together. Popular server virtualization suites such as VMware vCenter, Microsoft Hyper-V and Citrix XenServer can assist you in building infrastructure for your organization.

PaaS: Platform as a Service

Once infrastructure is acquired in a public or private data center, the next layer of the cloud computing stack is called PaaS or Platform as a Service. Being able to deliver a Platform as a Service gives your organization the framework for which they can collaborate, develop and share their applications. An example of a PaaS is Visual Studio 2013 inside of Azure. Developers benefit the most from PaaS because a development environment typically needs a specific framework in order to function. Being able to deliver that platform instantaneously is a huge benefit when compared to the traditional way of managing platforms.

SaaS: Software as a Service

Java made its mark in the early 2000s by proclaiming itself as the language that would run on any platform. While this is true, the “As a Service” model has abstracted this concept by delivering software using the cloud. Platform as a Service and Software as a Service go hand in hand to make the development language insignificant. Instead of having to deal with the downtime associated with locally installing an application, SaaS allows users to access any application published to their account as long as they have a network connection. This software delivery method does not rely on a platform being locally installed on the device; SaaS uses the platform already present in the cloud.

Software as a Service is rapidly becoming the premier method of delivering software. Industry leaders in the software arena have taken notice and began offering their software suites using the SaaS model. Adobe Creative Cloud is a premier example of SaaS allowing users to utilize Illustrator, PhotoShop or InDesign from any machine instantly.

Natalie Lehrer is a senior contributor for CloudWedge. In her spare time, Natalie enjoys exploring all things cloud and is a music enthusiast. Follow Natalie’s daily posts on Google Plus, Twitter: @Cloudwedge, or on Facebook.