Can Your Company Benefit From a Telecom Expense Management Provider?

Not all companies are created equal, and different companies face different types of issues when dealing with Telecom Expense Management (TEM) issues. Some companies are perfectly fine with having their own staff handle any kind of TEM issue without setting them back monetarily or affecting their productivity. Others would benefit greatly from having a TEM Provider. The TEM providers can often save money and boost productivity, which otherwise would have been lost if said company did not have a TEM provider.

Before going any further, it is important to understand exactly what a TEM provider does. Any company that deals with large amounts of transactions and that sells things online or offline will need to approach TEM issues in some aspect. Whether it is organizing nearly anything involving inventory, the buying and selling of certain services or contracts, all of these are done electronically and thus require the necessity to have some kind of experience in Telecom Expense Management.

Many business owners understand that certain things cost more than others. The best business owners plan for the long term, seeing things through many years ahead when they can, but only a few years or a few months when necessary. They understand the concept of overhead costs and the best ones do whatever they can to minimize overhead. Hiring staff, in many aspects, is a form of overhead. Some companies are diverse in what they sell or do so they are able to hire a good amount of staff. This actually helps them organize workflow and is very conducive to lowering overall overhead.

Those are not the types of businesses that would benefit from a TEM provider. Any company that has a lot of employees, a lot of departments, and a diverse market and brand would not benefit from a TEM provider, since the size of the company is so big that it would be much more cost-efficient to create a new department with staff that is dedicated to exclusively work on projects that involve TEM. If you own a business that is like this, then there is no need to hire a TEM provider as you can just hire your own TEM providers from the inside with your own staff members.

Two companies that should consider hiring a TEM provider are smaller companies, or even startup companies. Why should these two companies recruit a TEM provider? Why would it make sense? After all, wouldn’t the TEM work be a lot easier since the company itself is smaller?

Let’s answer this with a question: What else would be smaller? That’s right, the staff and budget would be smaller, among other things. This is where the TEM provider would come in. Yes, hiring people from outside of your company is risky, but spending money on staff who may or may not know TEM is just as risky. Smaller or startup companies who are interested in growing should hire TEM providers simply because it will let everyone involved in the business focus their energy elsewhere. You can also checkout this article to learn more about choosing best data plan for your company. 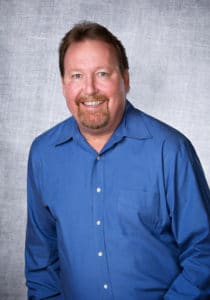 As CEO and President, Mark D. Hearn leads the vision and direction of Network Control. He has been an active steward in the telecommunications management marketplace since 1987 and is recognized as a pioneer in the TEM industry, having started one of the first software based TEM companies. As a former President and CEO of two successful Consulting and Telecommunications Expense Software companies, Mark brings a wealth of institutional knowledge and domain expertise to Network Control, dating back to the divestiture of the Bell Companies and through the genesis of today’s TEM Market. His passion for exceeding customers’ expectations, drive to do best at all cost, and determination to make a difference in people’s lives is what has molded Network Control to be a leader in the Telecom Outsourcing marketplace. As a keynote speaker at industry trade shows, he maintains a keen sense of the marketplace while driving to achieve customer satisfaction is his key motivation.

Mark has a Bachelor’s Degree from St. Mary’s College of California and resides on the Board of Trustees at the Charles Armstrong School in Belmont, California, and is the Board President of ETMA (Enterprise Technology Management Association) and a member of ITFMA (Information Technology Expense Management Association). He is also active in his community and is on the Church Council at Saint Matthew Church. He resides in Walnut Creek, California, with his wife Susanne and loves to spend time with their three grown children and wagging tail friend “Shasta.”