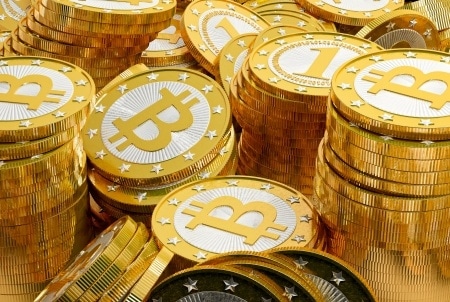 The rise in popularity of bitcoin over the past few years has been difficult to ignore, especially for colocation and hosting bitcoin miner providers in the data center industry. Many data center providers saw bitcoin as a new vertical that they could embrace and build their business models on the needs of the virtual currency community. However, with the legality of bitcoin currency varying substantially from country to country and the volatile currency rates, data center providers riding the waves of popularity are taking a risk to focus their business models on an unknown market.

High density hardware demands and power costs for bitcoin mining has led miners to implementing data center’s infrastructure opposed to using their own power and cooling resources. Many traditional data centers are unable to meet the power and density demands in their traditional facilities. This led to many providers that believed bitcoin was the next high revenue generating market to purpose build out new data centers specifically aimed at hosting bitcoin miners. These newly built data centers would focus mainly on high power requirements and cooling demands. As you are all aware, the expense to build out a data center can be extremely high and with the cooling demands of the high density hardware, data center providers needed to purchase more HVAC units than a traditional facility required. Add all those costs on top of building out as quickly as possible in order to take advantage of the bitcoin craze and expenses start to really pile up. Who could blame data center providers for proactively attacking this new market? The infrastructure needs are of the larger variety and if Bitcoin truly takes off the payout could be huge.

Now let’s fast forward to January 2015. Bitcoin’s currency exchange rate is falling at a dramatic pace and data center providers are rightly concerned about the direction of the market. There have been numerous instances where the bitcoin miners fail to make their monthly payments for the usage and hosting charges they’ve compiled. In recent news, C7 Data Centers have filed a lawsuit against one of its bitcoin mining customers. Per the article, their bitcoin customer has a past due balance of about $1.4 million dollars. As mentioned above, power is the biggest cost for data centers providing the bitcoin infrastructure. “C7 said it has been paying more than $12,000 per day just to supply power to its customer.” While examples like this cannot speak on behalf of every bitcoin company and data center provider that has come to an agreement to work with each other, it does set a precedent for data center providers still looking to join in on the bitcoin movement.

When looking back to the start of the bitcoin popularity, the infrastructure demands and requirements that are necessary for mining companies to function as a business should have raised some initial red flags for data center providers looking to take advantage of the market. The power requirements alone were more than what most traditional data center facilities were originally built out to handle. Building out new facilities in order to address the needs of an unknown market is proving to be an unsecure investment.

The moral of the story is, when your organization is looking to implement colocation with a data center provider, it is best to do your research and evaluate the provider to the best of your capabilities. Providers that jump on the most recent craze or bandwagon are accepting the risk and can incur possible revenue and capital loss. How does this affect you? Well, at the end of the day, the data center provider is not going to lose out on all of its invested money. This means cutting costs on hardware that is supplied to you, for example, using cheaper white boxes opposed to enterprise name brand servers or decreasing the size of their technical support team which in turn affects how you are supported and your ability to run your business.