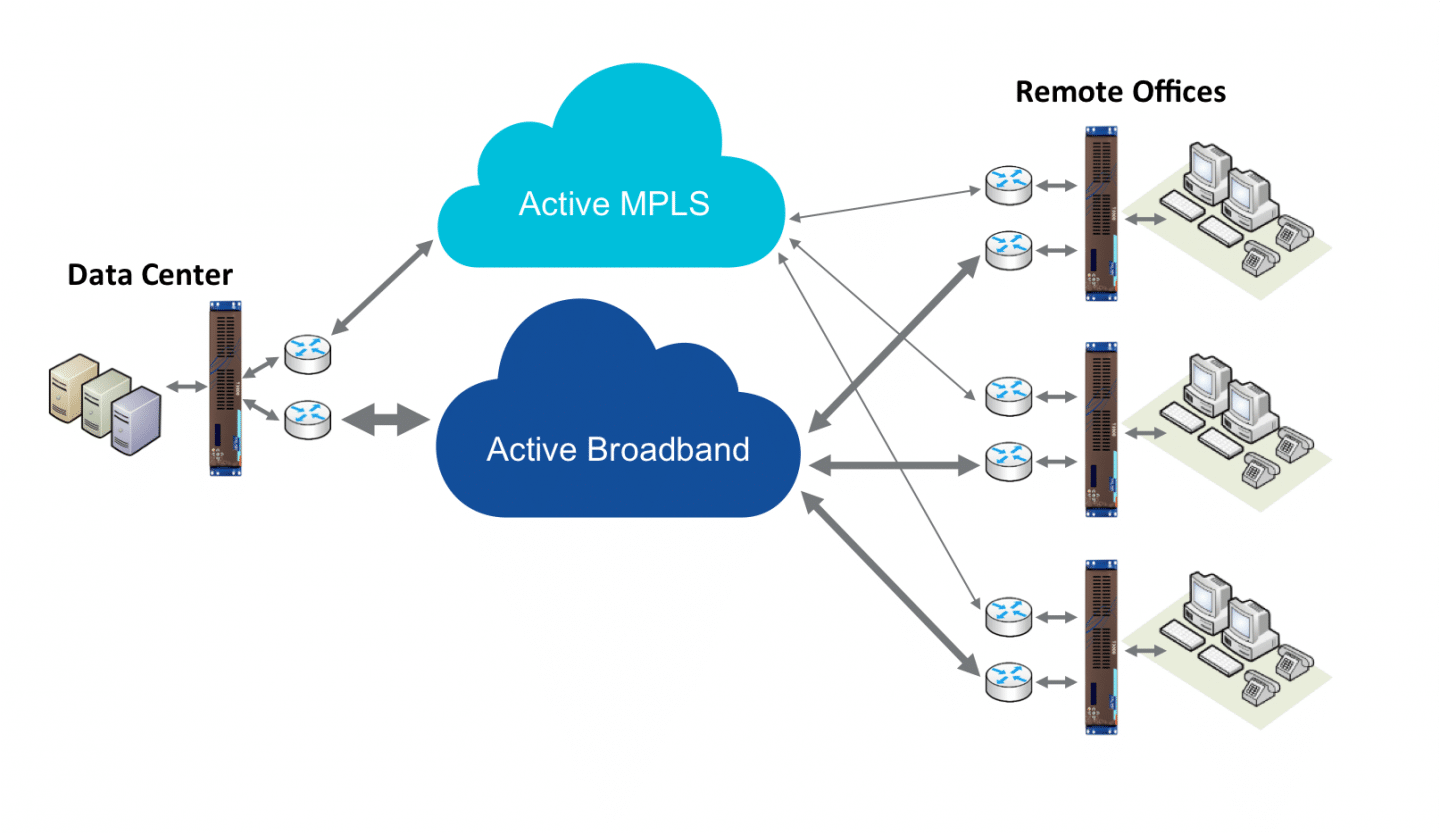 Bremer Financial Corporation (parent company of Bremer Bank) is a privately-held, $8.7 billion regional financial services company, jointly-owned by its employees and the Otto Bremer Foundation. Founded in 1943 by Otto Bremer, the company is headquartered in St. Paul, Minnesota and provides a comprehensive range of banking, investment, trust and insurance services to locations in Minnesota, North Dakota and Wisconsin. The Foundation uses its share of dividends to distribute charitable grants to Bremer Bank communities. In 2013, more than $38 million in charitable donations were given across the Bremer footprint and employees donated more than 100,000 volunteer hours to their communities.

Each of Bremer Bank’s branches was connected to the primary data center in St. Paul through a 1.544 Mbps Multi-Protocol Label Switching (MPLS) circuit. In larger branches where more bandwidth was required, additional MPLS circuits were bonded to the first, providing 3.088 or 4.632Mbps in total. Although bonding delivered more throughput, it did not provide redundancy as all bonded MPLS circuits at a branch would fail together. Cut off from the data center, business at the affected branch could quickly come to a standstill.

To enable redundancy, Bremer Bank installed a separate, independent MPLS circuit in about 40 percent of the branches. Should the primary MPLS link fail for any reason, automatic failover to the second MPLS circuit would take place. This solution was not ideal, however. Before the transfer could be completed any active sessions would terminate. This meant phone calls would be interrupted and employees would have to log back on to applications that resided in the data center.

There was another issue with that configuration. MPLS circuits were very expensive and the only time their bandwidth could be utilized was when a primary MPLS link went down. The ongoing expense of the existing backup circuits was sizable and the cost of deploying backup links at the remaining 60 percent of the branches was going to be huge. Bremer Bank could have put off making a change, at least for a while, hoping that MPLS circuits didn’t fail and existing bandwidth sufficed. But new applications were planned, including desktop video conferencing and collaboration, which demanded more bandwidth at every branch. These and other business-critical apps would only increase the need for more reliability. Bremer had to do something sooner rather than later.

Cory Miller, Bremer Bank’s Vice President of Engineering Services, scoured the market, evaluating vendor solutions. Two capabilities were at the top of the list of must-haves. First, the chosen solution had to execute failovers quickly enough to prevent session interruptions. Second, it had to allow aggregation of primary and backup links, providing access to backup bandwidth fulltime, not just following a failover. Most of the solutions Miller looked at failed to complete the switch to backup rapidly enough to prevent interruption. Most were also unable to provide an effective way to aggregate primary and backup circuits without a complicated configuration.

After evaluating a number of vendors’ capabilities, Miller discovered Talari, which satisfied both primary requirements—and a lot more. Talari’s APN (Adaptive Private Networking) appliances build a detailed map of all paths through the WAN: the downtime, loss, latency and jitter on each path, and the bandwidth used by each application that traverses the WAN. It then uses this information to build a virtual network overlay on the physical WAN and directs traffic down the optimal path based on network conditions and organization policies. To make sure voice sessions are uninterrupted, Talari can optionally go one step farther, sending all voice packets simultaneously across all paths. Even if the MPLS connection is lost or packets are lost/delayed, the quality of the call does not suffer and there is no delay incurred in switching to the Internet circuit as the voice packets are already being transmitted over that link.

For the evaluation, the Bank’s network operations team set up a test environment connecting the Talari WAN APN appliance to an MPLS and DSL circuit. They put Talari through its paces, demonstrating rapid failover without loss of sessions with every current application. “We disconnected and reconnected the circuits. We threw everything we could at it,” says Miller.

The team also employed an emulator to introduce latency, jitter and dropped or misaligned packets, creating what Miller referred to as a worst-case scenario. Talari includes management software to monitor network service providers and indicate how well they are performing according to their SLAs. The team was impressed when Talari immediately identified a problem with the test MPLS circuit that their regular monitoring tool had previously failed to detect.

Talari enabled the bank to create encrypted tunnels from the branch to the data center for all traffic across all circuits, no matter what providers or type of circuits (MPLS, DSL, broadband, or cable) were used. As a part of the evaluation, Miller determined that the encryption conformed to the Bank’s internal compliance guidelines.

Confident in Talari’s capabilities, Miller rolled out a pilot at three branches with an MPLS link and an inexpensive DSL circuit for backup. “Configuring Talari devices has been much, much easier than almost all of the other systems we looked at,” says Miller, “because it’s done from the management console.”

It didn’t take long for Talari’s failover feature to be put to the test. Just two days after the three pilot branch locations were deployed, the MPLS circuit at one of the branches went down. But Talari performed as expected, immediately transferring MPLS traffic to the DSL backup. “Our staff at the branch never knew that the circuit had failed,” remarks Miller. “Before Talari, it would have brought business to a halt.”

While every application used by Bremer Bank is important, some are more critical and must take precedence over others, such as voice over email. Other solutions Miller looked at required QoS to be set up individually through each provider. Talari, in contrast, enforces QoS across all service providers and circuits. Network operations staff doesn’t have to learn how to configure circuits from different providers. There is only one configuration to learn and manage. “With Talari, I’m assured granular QoS across every Talari-connected circuit,” says Miller.

Bremer Bank met a number of its goals with the deployment of Talari:

To see a video demonstration of Talari’s APN appliances in action, visit: http://www.talari.com/products/demo.php