Adopt the Edge or Prepare to be Disrupted, Is the Message from EdgeConneX® Webinar 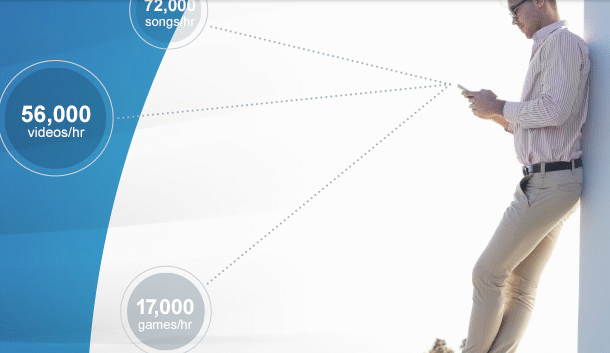 The message from “2016: The Year of the Edge”, a webinar held on January 12, 2016, was strong and clear. Given the emerging importance of edge infrastructure and the role it plays in the sustainability of the Internet, companies that wish to remain viable in the year of the zettabyte and beyond need to “adopt the edge or prepare to be disrupted.”

Focusing on the dramatic push towards the edge from the cloud, Content Delivery Networks (CDNs), social media, real-time interactive gaming, large enterprises, and the healthcare and financial services sectors, the webinar participants summarized the service delivery improvements, costs savings and enhanced security that directly correlate to the adoption of localized infrastructure at the edge. Findings from two recently published white papers issued by Conviva® and SamKnows also figured prominently in the spirited discussion.

EdgeConneX CCO Heiden addressed the scale of connectivity necessary to enable the 8 billion people and 75 billion connected things that are predicted to be on our networks by 2020, which, he explained, will largely depend on the capability of infrastructure and its ability to keep pace. “Edge infrastructure is absolutely essential in order to sustain the world’s expectation of fast and resilient access to any content, anywhere and on any device,” he stated.

To view a recording of the webinar please click here.  To request a briefing with the EdgeConneX team regarding the webinar and its findings, email edgeconnex@imillerpr.com.  For more information about EdgeConneX, visit edgeconnex.com.