A Look Inside the Rackspace Open Compute Cloud 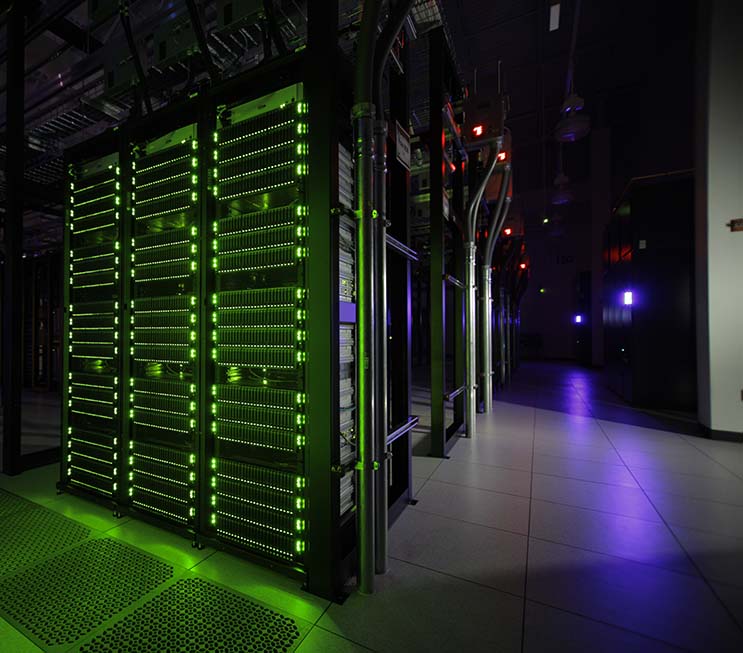 For the movement to grow beyond its roots in the hyperscale world, it required a bridge – a customer that could adapt the pioneering hardware designs to commercial data centers, making them accessible to a large pool of customers.

For Open Compute, that path to a larger market ran through a Rackspace data center in northern Virginia.

It is here, on a huge cloud campus operated by DuPont Fabros Technology, that the Open Compute Project (OCP) made the transition to “plug-and-play” data halls – first in space leased by Facebook, and then in a Rackspace facility that houses part of its managed cloud.

Several halls of the Rackspace data center are filled with servers using Open Compute designs, which power the company’s flagship Cloud Servers offering, as well as its onMetal service for single-customer “bare metal” clouds. The huge data hall is filled with rows of Open Rack enclosures, including extra-tall 56U racks that help Rackspace get more cloud computing capacity out of each rack. About 60 “Rackers” work at the facility, maintaining IT gear for the company’s managed hosting and cloud customers.