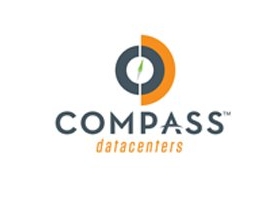 A new study of the data center industry commissioned by Compass Datacenters has identified a number of emerging factors that are shaping the data center strategies of enterprise companies in the United States. The study also projects a strong wave of new data center construction in 2013 and 2014. The research was conducted by the respected research firm Campos Research, which surveyed senior decision makers who steer the data center strategies at 150 U.S. companies with annual revenues of $250 million or more.
Key findings from the study include the following:
•  87% of companies will build a data center in next 12-24 months. This represents an acceleration of the trend, with 63% reporting that they completed data center projects in the last 12 months.
•  71% of companies ranked new applications as the primary reason for needing expanded data center infrastructure—making it the most often-cited driver for data center expansions in 2013 and 2014.
•  Three-quarters of companies reported that they plan to support a combination of new applications, virtualization, Big Data, and Private Cloud with their new data centers—showing a variety of needs behind the expansions.
•  97% of companies are seeking to locate their new data centers less than 30 miles from their headquarters or major operations center—making geographic proximity a chief consideration in upcoming data center projects.
“Our team has worked with Campos for several years, and they have an uncanny ability to identify emerging trends before they reach critical mass and transform the data center industry. Their past research was prescient in identifying energy efficiency, wholesale data centers and modular design as important emerging issues well before they gathered steam and were broadly acknowledged as major trends. This new study identifies geographic proximity as a key consideration for the projects that companies are currently planning, and that has the potential to change the landscape of the data center industry, both figuratively and literally,” said Chris Crosby, CEO of Compass Datacenters. “In the past, companies based outside of major data center markets had to sacrifice proximity when it came to the location of their data centers. They had little choice but to put their data center in one of the handful of markets, often placing those IT assets far from the companies’ HQ or major operations center. Not only did that increase costs and risk, but it also was inherently inefficient from a long-term operations perspective. This new study makes it clear that enterprises don’t want to make that compromise any more, and that has huge ramifications for data center providers.”
Following are additional findings from the study:
•  Companies who are planning to build in the next 12 months are planning to add an average of 2 facilities. That average increases to 3.5 when the timeframe is expanded to 24 months.
•  The companies who participated in the study currently have an average of 3 data centers. 25% reported that they currently have 5 or more data centers.
•  96% of companies reported that the size of their data centers will be 20,000 square feet or less.
•  CIOs were identified as the primary executive who determines need for data center expansion. CIOs were cited by 37% of companies as the person who approves the project, with 24% reporting that the final decision is made by the CEO. 44% of companies described CIOs as having the most influence on the purchasing decision with 19% saying that the CEO now has the greatest influence.
•  The most common process for beginning a project is to set the requirements and then look for providers as a second step in the process (71% of respondents).
•  The most important factors cited in the selection process for a provider is Service Level. Green strategy was the lowest-ranked selection factor.
•  75% of companies will evaluate 3 providers as part of their selection process.
•  Only 44% of companies said that they would consider building the data center themselves, indicating that “do-it-yourself” is declining.
For more findings from this study and analysis from Compass Datacenters, visit http://www.compassdatacenters.com/compass-university/.