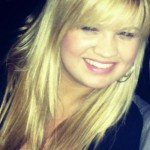 The 2014 Consumer Electronics Show naturally came ready with a veritable treasure trove of high-tech gadgets, toys, and electronics for both the everyday consumer and the tech-savvy aficionado. Whether you’re looking to boost the Wi-Fi you get in your home or want to upgrade to a smart TV, the products that premiered at the CES may soon catch your eye from the shelves of your favorite stores. There were a few standouts, of course, many of which focused on super Wi-Fi functionality.

Google Glass is still considered the next big thing when it comes to on-the-go browsing, but Epson proved to give the big Google guys a run for their money at the 2014 CES. One of the standout stars of the show is Epson’s Moverio BT-200, a pair of smart spectacles that’ll entirely change the game.

This is the second generation for these great glass gadgets, and by all accounts they’re more amazing than its predecessors. One of the top reasons users favor these glasses is because they offer viewing across the entire display of their lenses. This is different from Google Glass, of course, which offers only a small corner display. Epson is still working on improving its glasses by working to add new apps and different uses that go beyond simple browsing.

5G for the Home

With instant streaming for movies, TV shows, videos, and gaming becoming ever-more popular, it stands to reason that the CES premiered plenty of devices that are good for boosting your home Wi-Fi as well. Broadcom launched one such electronic wonder at the show. If you’re accustomed to streaming your favorite films and shows over 3G or even 4G, you’ll be very glad to know that, soon enough, you can jump up to 5G. Can you imagine?

The promise here involves a combination chip made for digital TVs that’ll give you three times more bandwidth. That all but guarantees that you’ll never again have to deal with buffering, whether you’re watching a movie or playing a complicated game. The chip will work on gateways, gaming consoles and platforms, set-top boxes, and even your routers.

Android Takes Over the Automobile

Talk about still unseen. Technically, Google made some very big promises at the show as well. If you love having boosted Wi-Fi in your home, how about enjoying it in your car? The CES found Google announcing the launch of the Open Automotive Alliance. Put simply, Google is wisely pairing up with Nvidia, along with automakers such as GM, Audi, Hyundai, and Honda, to bring Android into the entertainment systems within vehicles. The public will get to see some of these by the end of the year.

Wearing Wi-Fi on Your Wrist 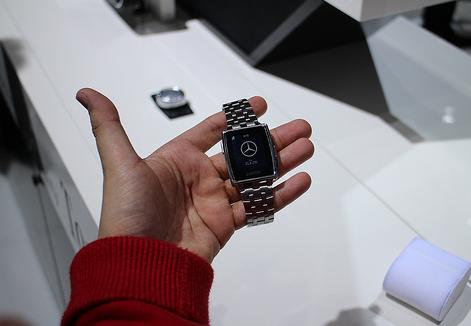 Wearable tech is huge now, so there were plenty of Wi-Fi-ready watches in the CES lineup. Pebble Steel showed off one of the most impressive smartwatches, primarily because their watches mix luxury with technology. In addition to sheer elegance and lots of shiny stainless steel, the company promises their own app store, along with partnerships with big names such as Foursquare, Yelp, Pandora, and ESPN.

If you’re tired of the usual MP3 players on offer, the CES also brings something for the music-lover. The newest high-resolution music player is the highly rated Astell & Kern AK240, which is the second generation to the AK120. It comes complete with Wi-Fi for super fast music downloads, as well as smoothly buffering and streaming audio. It has a flash memory that’s fully integrated as well, with a 256GB capacity and an SD slot if you need extra room.

Even if you didn’t make it to the show, you can still reap the benefits of the high-tech gadgets offered. What are you looking forward to trying and buying?

Annie Davis is a full-time writer and tech aficionado. She enjoys keeping up with the latest tech toys and sharing what she learns with her fellow fans.