2014 and Beyond: The Data Center Trends We Should Be Focused On 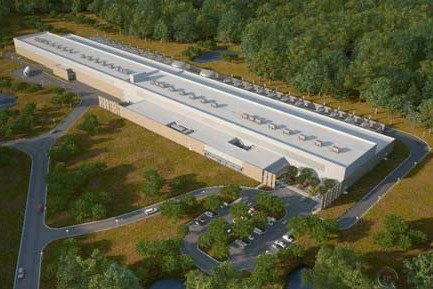 We’ve become very used to the flood of prediction articles at the beginning of every year, but with half the year already behind us, I think it’s important to examine what trends stuck and what we need to be focused on for the remainder of 2014. Here are four trends we still see as very relevant for data centers in 2014:

No matter what their size, enterprises continue to adopt cloud services, including SaaS, IaaS and PaaS, to either augment their existing data center towards a hybrid cloud model or replace applications previously implemented with on-premise data center resources. While most enterprises will continue to operate their own data centers for critical business services, enterprise data center growth will slow down as the adoption of cloud services increase. That being said, cloud providers are growing fast and investing in servers, storage and connectivity to build out their offerings. A new category of regional cloud service providers continues to emerge to deliver differentiated services to enterprises that want to fully migrate to the cloud.

The trend around big data analytics has existed for several years. As the technology becomes better understood, big data solutions such as Hadoop and analytics applications are becoming more readily available, allowing smaller companies to take advantage of information that big data solutions can deliver. To deliver information in a timely and actionable way, the network itself has emerged as a strategic asset, and this is a trend that will continue to develop in the foreseeable future.

The conversation around converged infrastructure has existed for years, but there are several key capabilities that now exist in L2 Ethernet that offers a truly viable alternative to Fiber Channel (FC) as a storage interconnect. As a result, we are finally seeing FC revenue actually flatten or even decline.

Server virtualization is virtually (pun intended!) ubiquitous with more than 60 percent of servers in large data centers being virtualized and an average number of virtual machines per server exceeding twenty, reaching 100 or more in some cases. We are beginning to see that customers are kicking the tires with new overlay solutions and even no standard beyond the tunneling protocol itself exists.

Network Function Virtualization (NFV) solutions are beginning to hit the market outside of the service providers. These include network functions such as firewalls, IDS/IPS, WAN optimization, load balancers and others. These network functions were previously run on dedicated appliances and managed independently. With NFV, all of these functions are implemented on virtual appliances and managed centrally, which promises significant reductions in CAPEX and OPEX.

Derek has over 20 years of technology product management, marketing, and business development experience with a focus on high-performance enterprise and carrier networking systems.  He is senior director of product management at Extreme Networks where he leads the team responsible for product strategy and the roadmap for Extreme’s data center and enterprise networking platforms and solutions. Before joining Extreme, Derek was vice president of product management for SS8 Networks, a supplier of lawful interception and communications analytics solutions. Prior to SS8, he served as vice president of Marketing for ConSentry Networks where he was drove all aspects of product strategy and marketing for security LAN switches and appliances.  At Woven Systems as vice president of marketing, he launched the company out of stealth mode along with its first product, a 144-port 10 Gigabit Ethernet Fabric switch targeted to data center interconnect applications.  Previously, Derek was senior director of product management at Brocade Communications, where he defined and launched several fibre channel product lines including Brocade’s first SAN director.  Prior to Brocade, he was senior group marketing manager for ATM and Frame Relay product lines at Stratacom and Cisco Systems. Derek holds a BSEE from Stanford University and an MBA from Santa Clara University.