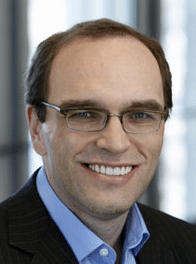 Today we continue our Data Center Executive Roundtable, a quarterly feature showcasing the insights of thought leaders on the state of the data center industry, and where it is headed. In today’s discussion, our panel of experienced data center executives – Thomas Doherty of Aligned Data Centers, Matt Miszewaki of Digital Realty, Steve Hassell of Emerson Network Power,  Jeff Klaus of Intel DCM, Joel Stone of RagingWire Data Centers and Jason Mendenhall of Switch – will examine how the emergence of hybrid cloud is impacting the world of multi-tenant data centers. The conversation is moderated by Rich Miller, the founder and editor of Data Center Frontier.

Data Center Frontier: A growing number of data center providers are embracing renewable energy. Is it becoming easier to procure renewables at a scale and price that makes sense for data centers? Which approaches hold the most promise?

Matt Miszewski: Two interesting trends are coming together for energy and data centers. First, corporate buyers (including Digital Realty, Google, Facebook, Amazon, Apple, Equinix and others) contracted for almost 3.5 GW of new renewable energy power purchase agreement capacity in 2015. That was more than 50% of the overall PPA market in 2015 – for the first time it was more than what traditional utilities procured in a year. And earlier this month researchers released a report on total energy use by US data centers, updating prior research dating back to 2007. The findings indicate that data center’s explosive energy use has begun to plateau (contradicting earlier projections) at around 70 billion kWh, with load growth of only 4 percent from 2010 to 2014. Taken together, this indicates a sea-change in how seriously the data center industry is focusing on managing its carbon footprint by becoming more efficient and by procuring non-polluting energy to power data centers.