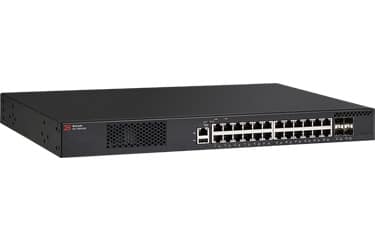 Brocade has developed a new ICX 7250 switch as well as a new switch port extender. The new hardware releases are being updated with expanded support for the OpenFlow protocol, which Brocade still sees as being important for Software Defined Networking (SDN).

Valliappan explained that Brocade’s new switch port extender is a software technology that will be added to the ICX 7750, ICX 7450 and ICX 7250 switches starting later this year.

“Switch Port Extender allows one or more ICX 7750 switches to function as a controller to manage ICX 7450 or ICX 7250 switches,” Valliappan explained. “The switches connected this way function as a single distributed chassis with shared network services, simplifying management.”

The ICX fits into Brocade’s HyperEdge architectural approach, first announced in 2012. HyperEdge provides a mix-and-match approach that enables entry-level switches to benefit from the features in premium switches in the same HyperEdge domain.

As part of the ICX 7250 launch, Brocade is also updating its switch firmware operating system.

“This launch includes the release of FastIron Version 8.0.30 network operating system for Brocade Campus switches,” Valliappan said. “This release includes support for the new ICX 7250 Switch, plus numerous enhancements for other switches, including OpenFlow 1.3 on the ICX 7750 and ICX 7450.”

Brocade has been a big backer of the OpenDaylight project, which is building an open-source SDN control plane. Even with OpenDaylight, however, there is still a need for the OpenFlow protocol.

“OpenFlow is the software code that runs on the switches to interpret commands from an OpenDaylight controller and directs data flows on the switch,” Valliappan said.

Sean Michael Kerner is a senior editor at Enterprise Networking Planet and InternetNews.com. Follow him on Twitter @TechJournalist.